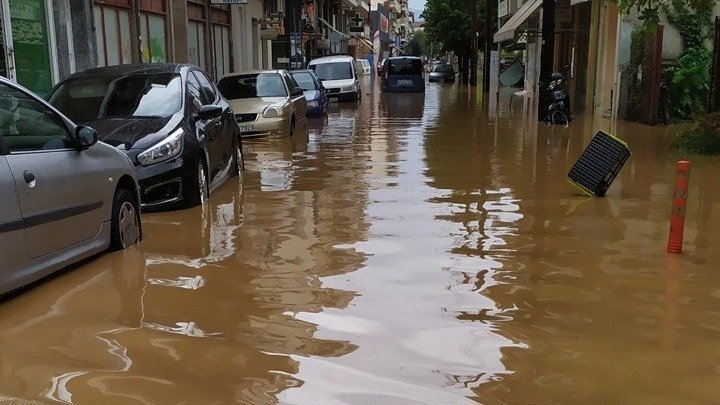 The Medicane (Mediterranean hurricane) phenomenon “Ianos” that hit Greece as of late Thursday and caused the death of two people and great destruction in western and central Greece, may not be severe in Attica, Civil Protection Deputy Minister for Crisis Management Nikos Hardalias said on Saturday, but some areas need to nevertheless remain on alert.

“The phenomenon appears to be weakening in Attica, but we must remain vigilant in Arcadia – especially Leonidio, the Argolid and Cythera island”, Hardalias warned, speaking of the Peloponnese.

They warned that Crete will expect heavy rainfall and thunderstorms on Sunday, which will end by afternoon.

People in the Peloponnese areas mentioned above should “remain at home, avoid movement outside and go to the highest part of the house in case of floods”, Hardalias said, adding that the Civil Protection services are all on alert until the phenomenon dissipates.

Asked about problems in roads and power supply in several Greek areas affected by Ianos, the minister said that the government had had three different conferences on Saturday morning that dispatched ministers to the areas and tried to restore electricity, particularly in the Ionian Islands and in some remote areas, until all affected systems are restored.