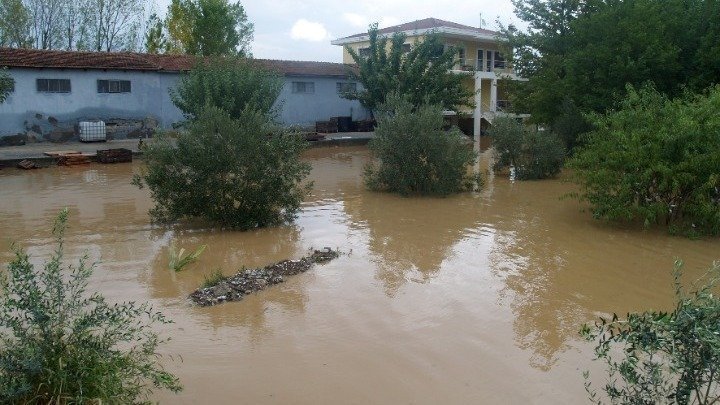 Medicane phenomenon “Ianos” that left two dead people and others missing in central Greece has arrived on Crete, which experienced thunderstorms and pouring rain as of Saturday afternoon.

Ianos struck Greece on Thursday night, creating havoc on the Ionian Islands in western Greece, taking out power and forcing authorities to shut down schools this coming week because of damages.

The Fire Brigade has received a total of 2,450 calls for help or pumping out of flood water throughout Greece, and completed 896 rescue missions by late Saturday.

As the prime minister ordered officials to visit struck areas to assess damages, Deputy Minister for Civil Protection and Crisis Management Nikos Hardalias is visiting Kefalonia, Ithaca and Zakynthos in the Ionian Islands.

He arrived at Kefalonia shortly after 19:00 on Saturday to meet with the mayor and assess damages.

On Sunday, he will meet with the mayors of the other two islands, respectively.

Crete experienced floods in several areas, including the largest city of Iraklio, and power cuts.

At the same time, the Ministry of Finance has announced several immediate initiatives to compensate homes and businesses harmed by the extreme weather of Ianos, detailed by Minister Christos Staikouras.

They include suspension of tax payments, payouts for harmed businesses and homes, funding to cities to repair the local road network, and compensation to farmers for damaged crops.

By In Cyprus
Previous articleCrushed wheat pilaf with sausages and halloumi
Next articleUK’s Johnson to levy 10,000 pound fine on COVID-19 rule-breakers