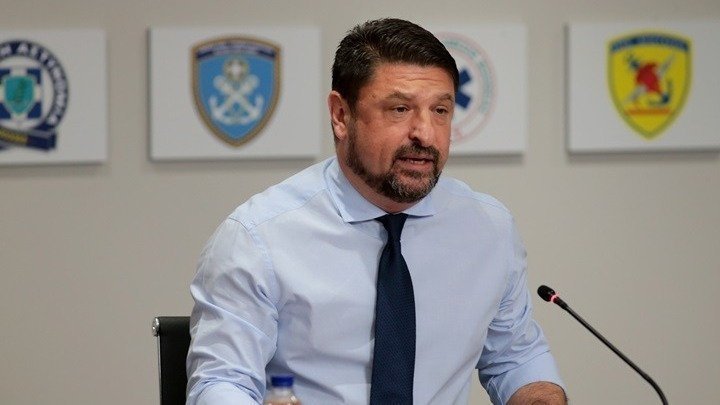 Deputy Crisis Management Minister Nikos Hardalias issued an emergency announcement outlining health safety rules and restrictions that must be observed during the Islamic religious holiday of Eid al-Adha, also known as Kurban Bayrami, which is taking place on Friday and Saturday.

Hardalias specified that Muslim prayers and religious rites during the holiday must only take place in mosques, in line with the rules set out in the existing Joint Minister Decision (JMD) for preventing the spread of Covid-19, which has been extended until August 21.

This permits one person per five square metres and calls for a minimum distance of 1.5 metres between each person, while for mosques larger than 500 square metres, the maximum permissible number of people is 100 and each person must bring their own prayer mat.

Hardalias stressed that prayers in other public spaces are forbidden and said that municipalities that have provided areas for this purpose must immediately revoke permission.

He also noted that up to 10 people are permitted to gather in the forecourt of mosques, maintaining a distance of 1.5 metres and wearing a face mask at all times.

The minister recommended that handshakes and other greetings that involve physical contact, like kissing and hugging etc, be avoided to reduce the chance of spreading the disease, while advising vulnerable groups to stay home and perform their religious obligations from there.

The announcement additionally forbids festive gatherings and dinners of more than 10 people and wishes the country’s Muslims a happy and safe holiday “so that each day of joy and prayer devoted to God is not converted to a cause and source for transmitting corona virus.”