Happy ending for ‘Bruno’, the abused old dog now adopted by the army 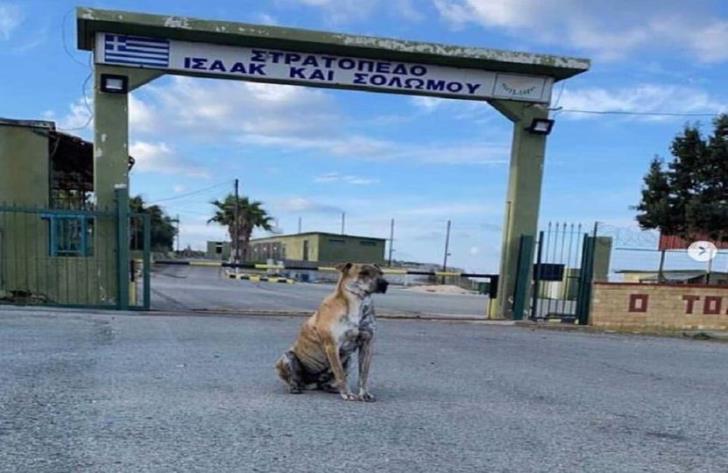 It’s a happy ending for a stray old dog who stirred public outcry after a video posted on social media showed him getting abused by an Agia Napa municipal worker.

‘Bruno’ will be adopted by the armed forces so that he can return to the army camp he frequented till Tuesday when he was forcibly taken to a pound.

Philenews reported on Friday that soldiers and senior officers at the specific camp have already prepared Bruno’s special home and are looking forward to his return from the pound.

Soldiers have said that for over five years Bruno loved watching land and sea exercises taking place at Cape Greco camp area as well as other army activities taking place there.

The Agia Napa Municipality came under strong criticism after the video was posted, to such a degree that even Justice Minister Emily Yiolitis had personally intervened into the ‘Bruno case’.

Yiolitis called on police to carry out an immediate investigation into the case and sent the message that animal abuse will not be tolerated in Cyprus.

The Municipality said people who saw the dog wandering in the Cape Greco area had expressed concern it might be dangerous and that’s why they had to take him to the pound.

The Mayor visited the dog at the shelter and determined it had no injuries, while a vet has been called to examine the animal.