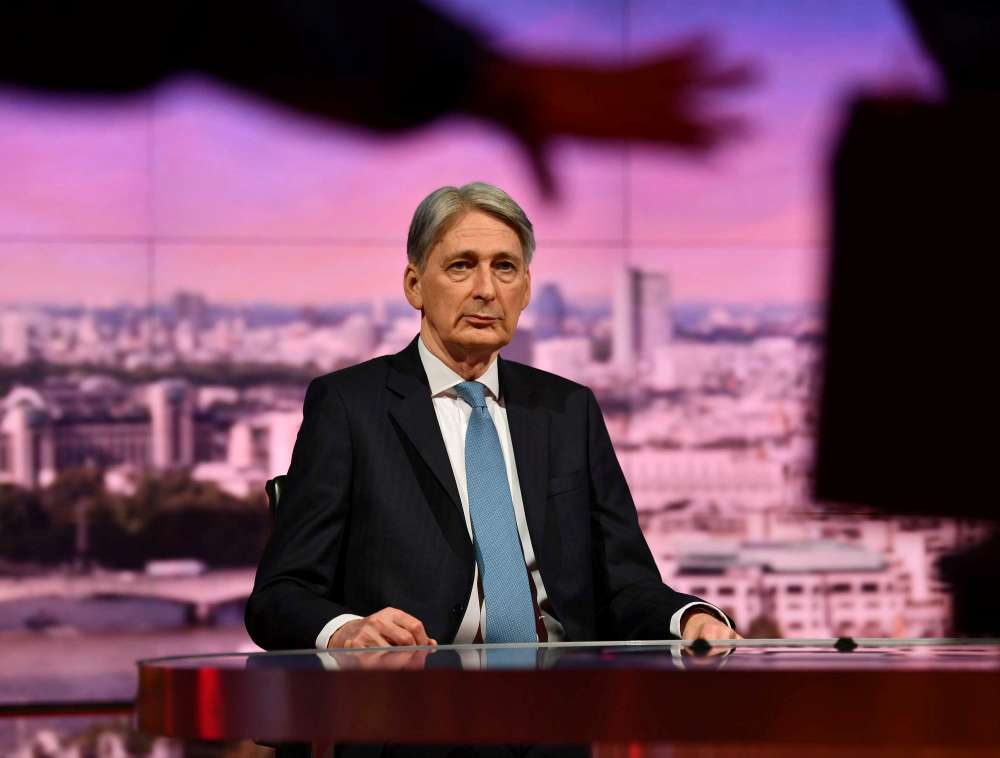 Britain must find a way to leave the European Union in an orderly fashion rather than trying to oust Prime Minister Theresa May, finance minister Philip Hammond said on Sunday.

When asked by Sky about newspaper reports of a plot to oust May by senior ministers and whether she had run out of road, Hammond said: “No. I don’t think that is the case at all.”

“Changing prime minister wouldn’t help us,” he said. “To be talking about changing the players on the board, frankly, is self-indulgent at this time.”

When asked if he was trying to get May’s de-facto deputy, David Lidington, to take over as interim prime minister, Hammond said: “That’s not the case.”

“I’m realistic that we may not be able to get a majority for the prime minister’s (Brexit) deal and if that is the case then parliament will have to decide not just what it’s against but what it is for,” he said.

When asked about possible options for Brexit, Hammond said he was not sure there was a majority in parliament for a second referendum but that it was a coherent proposition.

“It’s clear there is going to be an opportunity over the next few days for the House of Commons, if it doesn’t approve the prime minister’s deal, to try to find a majority behind another proposition that it can take forward,” Hammond said.