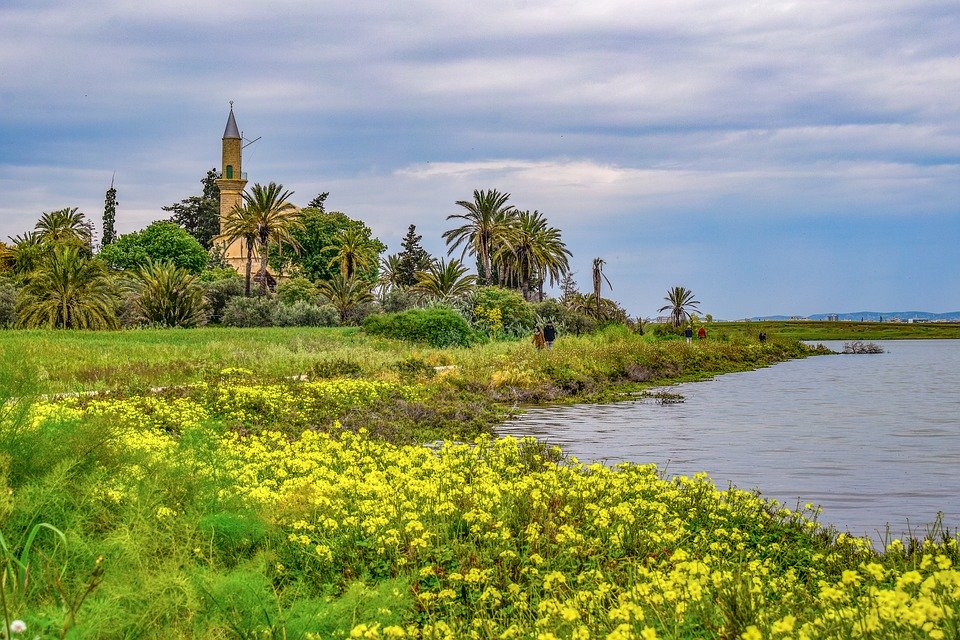 The site, located in the Larnaca District, comprises a Salt Lake Complex, and the so-called Hala Sultan Tekke, which is a mosque of great importance for the Muslim world. The site also includes a prehistoric settlement, suggesting the diachronic habitation of the region and the assimilation of different cultural traits over time. 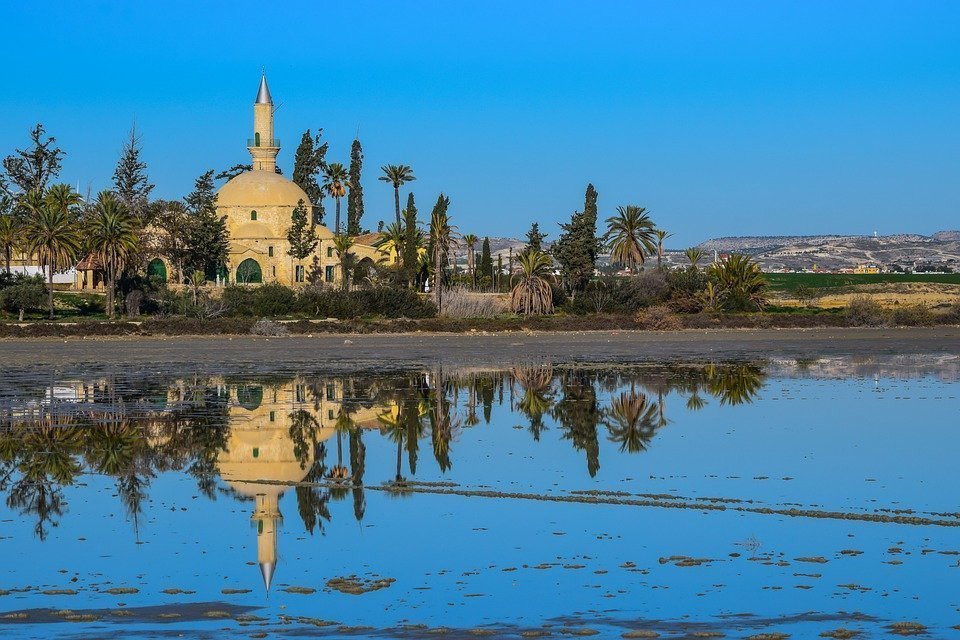 In particular, the coastal Salt Lake Complex, covering an area of about 1761 ha, consists of four main lakes, the main Salt Lake (Alyki), Orphani, Soros and the small Airport Lake, which was part of the Orphani Lake. The wetland includes extensive halophytic communities on the shores of the lakes and in the areas between the lakes and the sea. More specifically, the lakes of the Larnaka Salt Lake complex are inter-related lakes and they vary among them from an ecological point of view 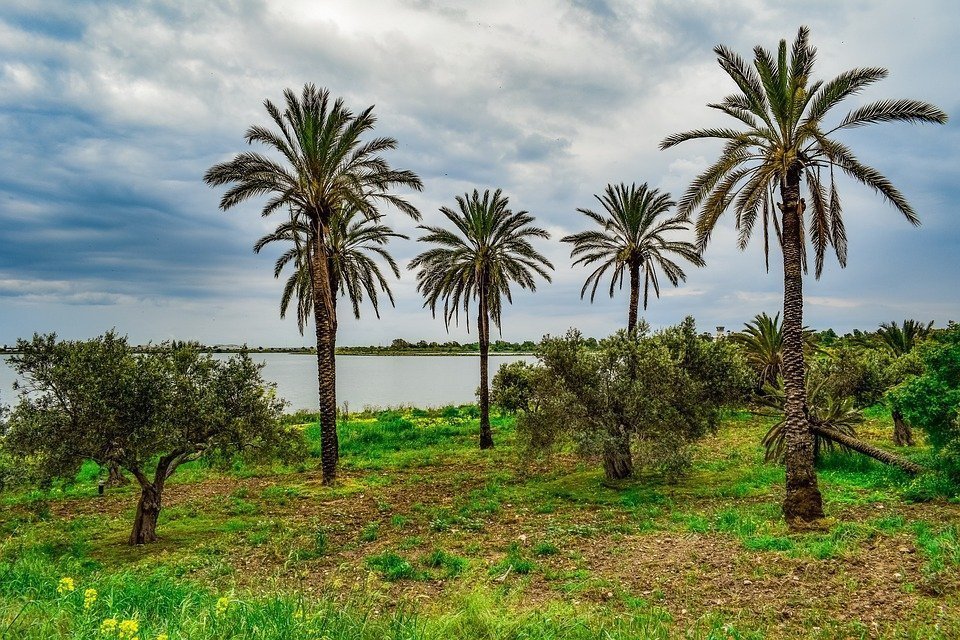 It is also one of the two main wetlands in Cyprus of international ecological significance. The hydrological balance of the lakes plays an important role in the ecological equilibrium of the wetland (including flora and fauna) and is maintained with rainfall, surface runoff, underground flow from aquifers and possibly seawater intrusion. Most significantly, they comprise an important overwintering and stopover area for birds and other species 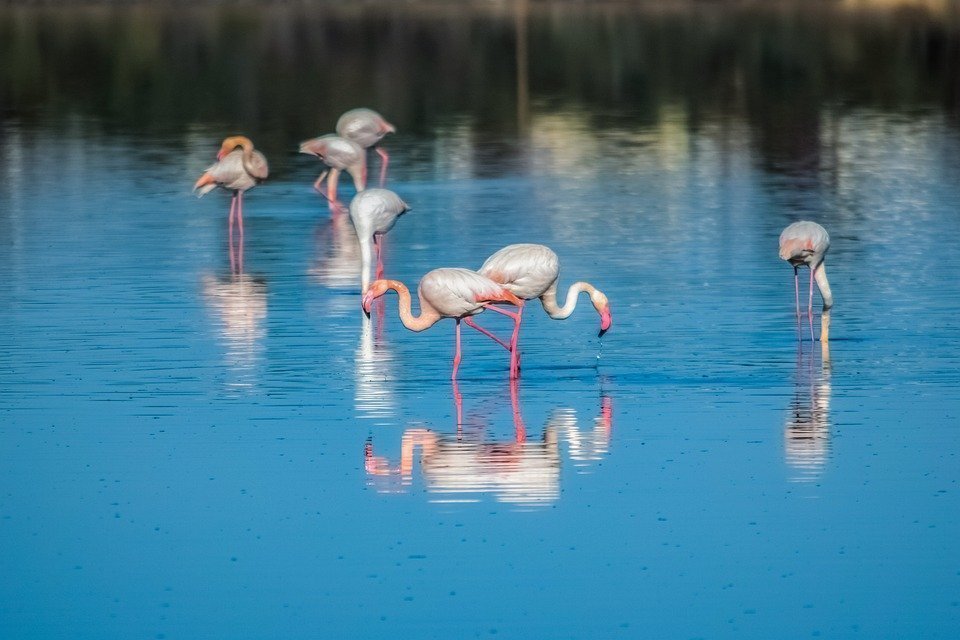 Due to its ecological significance, the whole area is included in the Natura 2000 Network, both as a Special Area of Conservation and a Special Protection Area. Moreover, the main Salt Lake (Alyki) is since 2001 a Ramsar site as it is considered to be a wetland of international importance. 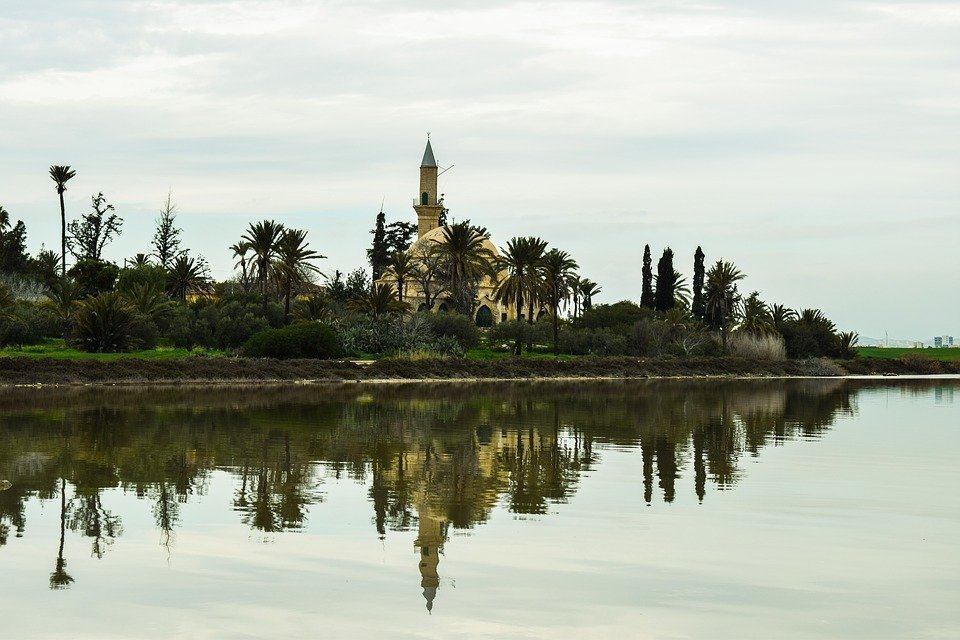 Apart from their natural significance, the lakes played an important economic role in the past, as they were exploited for their salt from the Roman to the modern period (20th century). The site however is not only important from an ecological and environmental point of view, but also for its association with Muslim tradition, evidenced in the Hala Sultan Tekke, a monument associated with the first invasion of the island by the Arabs in 647 AD, thus reflecting the inter-cultural interactions that took place during that period between Cyprus and the East.

The monument of Hala Sultan Tekke is undoubtedly a representative example of Ottoman architecture and preserves fine examples of calligraphy from various periods. Evidently, it is within this coastal landscape that one should envisage the significant tradition of Umm Haram and the development of this place of worship on the west bank of the main Salt Lake. 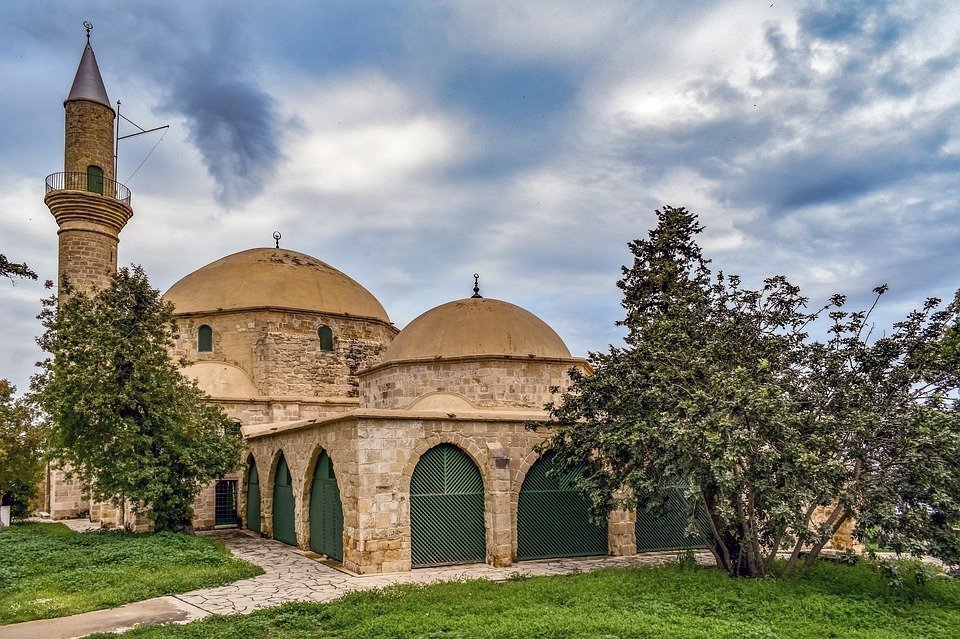 According to this account, Umm Haram, daughter of Milham and a follower or relative of Prophet Mohamet, accompanied the expedition or raid that was commanded by an Arab Sheik named ‘Mabias’ (probably the famous Sultan Moawiyeh of Damascus). Umm Haram died from a riding accident and is believed to have been buried at the site of Hala Sultan Tekke in 649 AD.

The tomb is set in a prehistoric monument-tomb, temple or treasury that is thought to be related to two other monolithic structures in Cyprus. Umm Haram’s grave was identified by the Ottomans, after they invaded Cyprus in 1571. In 1760 Mehmet Aga, the governor of Cyprus, enclosed the tomb with a wooden barrier. A year later the wooden barrier was replaced by a wall with two bronze gates. 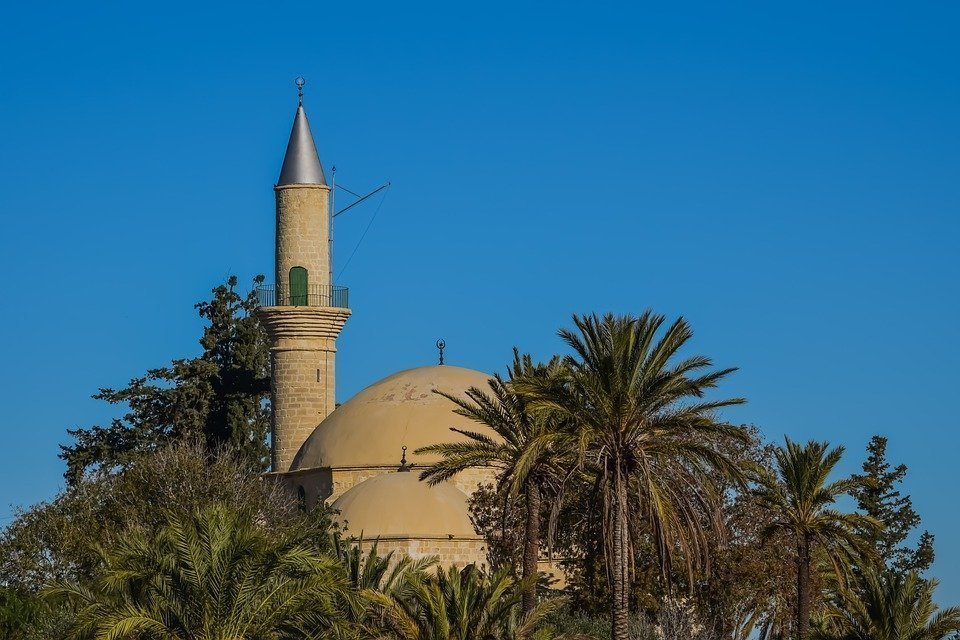 The monument itself, which also served as a residence for the Dervishes, was erected between the 18th and 19th centuries. It consists of a mosque, a mausoleum, a cemetery and living quarters for men and women. There are several building phases, the first involving the erection of the mausoleum over Umm Haram’s grave in 1760 and a water cistern 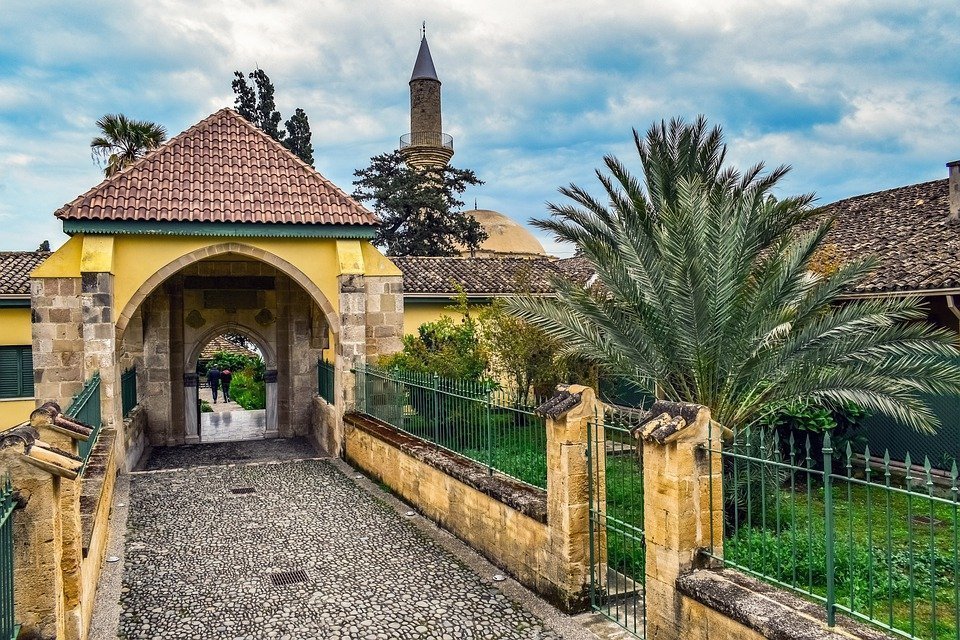 The mosque itself, in the classical Ottoman style, belongs to the second building phase and was founded by the governor of Cyprus, Es-Seyyid Mehmet Emin Efendi, an was completed in 1817. The convent was founded in the third phase, in 1813, and the drinking fountain in 1830. 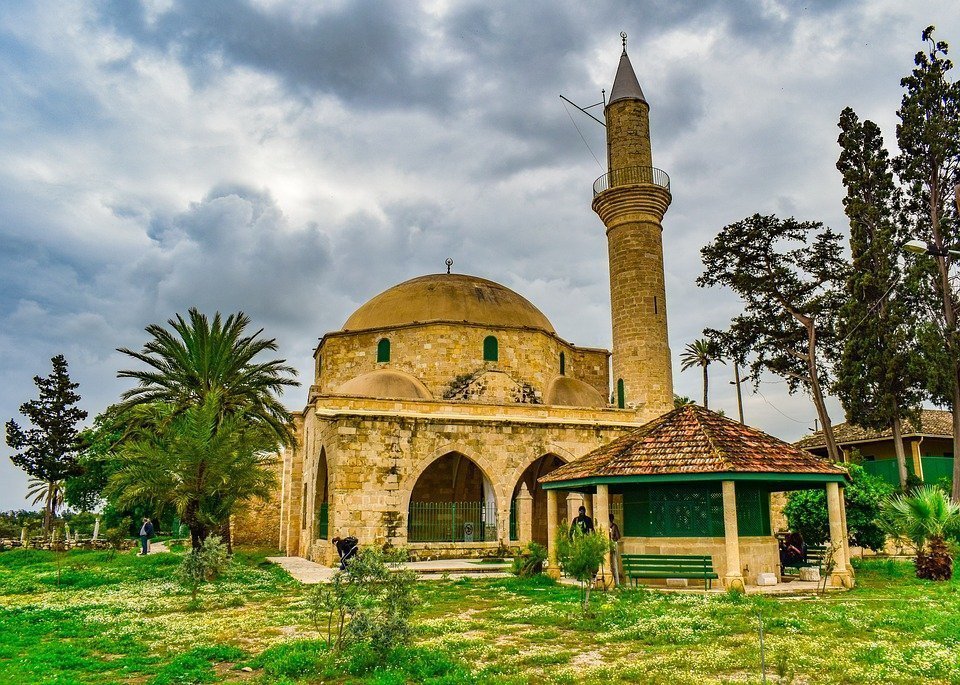 The portico in front of the mosque’s north façade is a later addition. The main entrance of the site leads to an open court surrounded by the Tekke which is divided between the south and north tract, reserved for women and men respectively. The square mausoleum is covered by a dome, with five smaller domes on the east side; in the middle stands the cenotaph of Umm Haram. East of the mausoleum there is a cemetery.

Nowadays, the mosque is considered as one of the most important holy places of worship for Muslims, ranked immediately after Mecca, Medina in Saudi Arabia and Al Aksha in Jerusalem 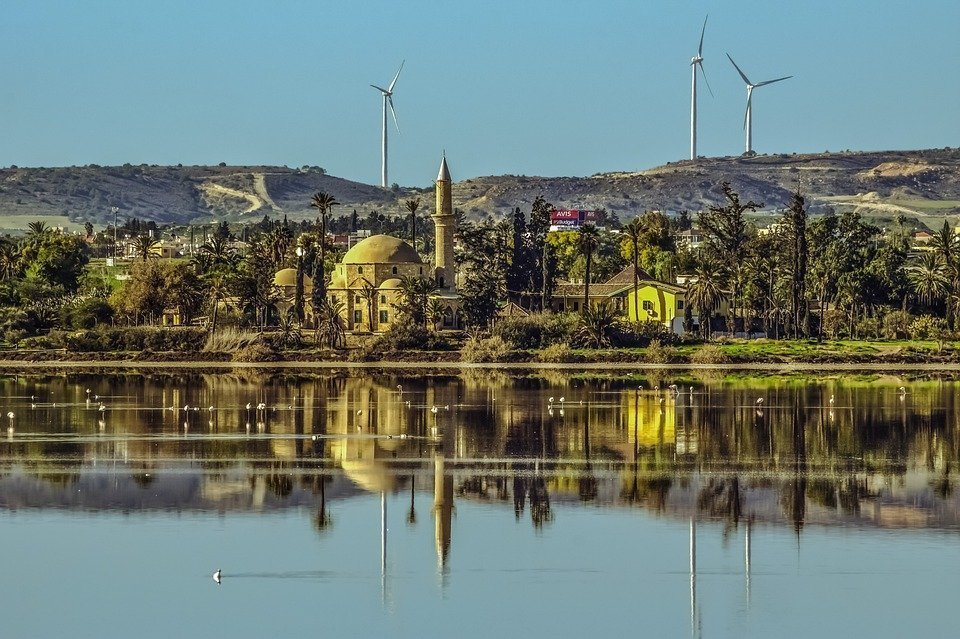 By In Cyprus
Previous articleAddictions Authority: 3.6% of Cypriots have ‘problematic’ relationship with betting
Next articleHealthy, fresh and so tasty @ Gohealthyetc

Smoky Thursday in Larnaca: snacks, wine and zivania for all