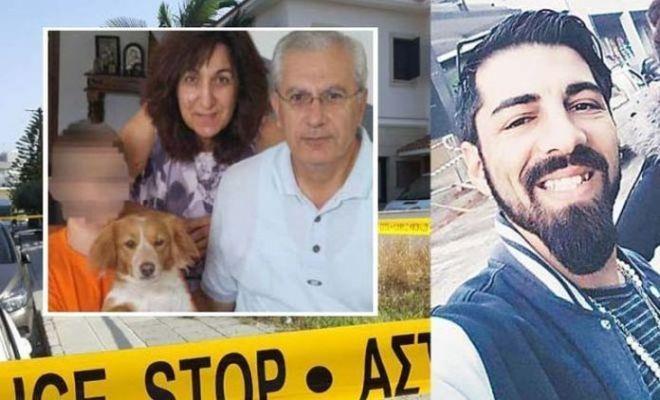 The defence lawyer of the remaining defendant in a brutal double murder in Stovolos last April told the court in his final plea on Thursday that “Marios Hadjixenofontos was at the wrong place at the wrong time.”

And that he is just another victim of ( pictured, left) Loizos Tzionis, the perpetrator of the murder of English School teacher Giorgos Hadjigeorgiou, aged 60, and his wife Dina Sergiou, 58, a Central Bank of Cyprus employee.

Marios Georgiou also said that his client was innocent because whatever role he played was himself under a “state of coercion, intimidation and threat for his own life and those of his family.”

Stressing that Tzionis “literally slaughtered his victims for no reason and no excuse”, Georgiou then argued that Hadjixenofontos was at the scene of the crime but outside in the courtyard.

And at a point where he could not even see or hear what was going on inside. The middle aged couple were found in their bedroom stabbed multiple times.

The Assize Court in Nicosia has set November 13 as sentencing day for Hadjixenofontos who faces a total of seven charges including premeditated murder.  An eighth charge – that of conspiracy to murder – has been suspended.

Tzionis has pleaded guilty late in the process and got two consecutive life sentences, while his girlfriend Sarah Shams was jailed for four years after she pleaded guilty to lesser charges.

Tzionis’ stepbrother, Lefteris Solomou, was jailed for six years over his involvement in the attempted robbery and consequent murder.