Hadjikyprianou: The state should treat us as partners 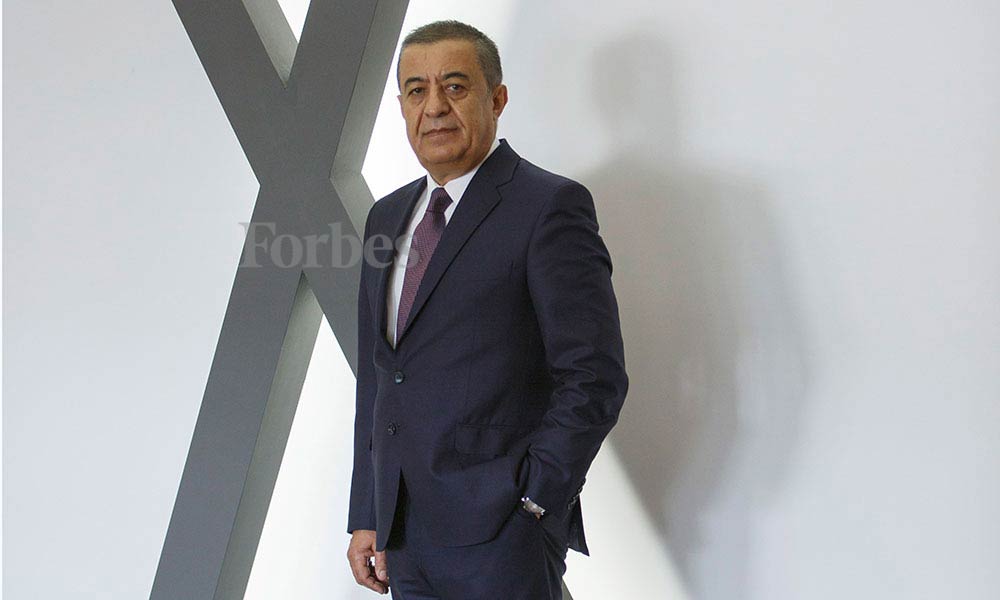 Nicosia is becoming a university town and Cyprus is acquiring a good reputation abroad for the level of its education.

With 30 years of experience in university education and administration, Dr Christoforos Hadjikyprianou, managing director of European University Cyprus,  outlines to Forbes Cyprus the important role universities can play in the growth and evolution of an economy, and in the image of a state. He also refers to the reasons behind the success of the European University and the proposals that have been submitted to boost academia.

What is the contribution of university education to GDP and what does the presence of sound university institutions mean for the economy?

University education makes a huge contribution to a country’s economy, both in terms of research, innovation and the creation of quality jobs, but also in supporting other sectors of the economy. As regards Cyprus’ GDP, it accounts for more than €1b which is equivalent to 5% and is responsible for the creation of high level jobs. Its contribution to GDP is projected to exceed 7% in the next five years.

Recently, the Foreign Minister spoke about economic diplomacy. I am convinced that educational diplomacy can become important for the Republic of Cyprus. Today, a large number of students from Central Europe and North America study medicine here. They will be our country’s best ambassadors abroad.

Strong university structures in an era of knowledge, research and innovation mean that state and society have at their disposal both the foundations of reasoning and the tools and resources to map out a country’s strategic course.

Recently we have seen state bodies beginning to appreciate the contribution of education to the wider economy. Do you see targeted actions in this direction finally being taken?

Upgrading and promoting Cyprus as an international high quality education centre in southeast Europe remains a steady strategic objective. I would say that it is a target that the state and the government have also cited. It is something that will give long-term viability and growth to the economy. Even though our cooperation with the state has improved significantly in recent years, I would like to see the government, and the state more generally, adopt a national strategy with specific actions and objectives which will make Cyprus a quality university teaching and innovation centre. One of our proposals is the establishment of a national agency which will entrench and promote Cyprus as a quality university centre along the lines of the model introduced by other countries such as the Netherlands and Ireland.

We must also focus on quality as well as on issues such as developing and introducing programmes to cover tomorrow’s needs, not yesterday’s. Developing and introducing innovative academic programmes is integral to the long-term viability of the university education sector. Rapid developments are anticipated in the next decade as regards the new professions and the needs of the economy and of society.  The EU, for example, has announced ambitious plans and investments in Artificial Intelligence and Cybersecurity. Universities must adapt.

Moreover, incentives must be offered to attract high-level academics and researchers but also quality students. UNESCO projects that international students will increase to 8 million in 2025 from the current 4 million and Cyprus can and should get its share. In my opinion, the modern development model of the Cyprus economy should be university education, or better still, the “Knowledge Economy.”

Do you agree that Nicosia is becoming a university town?

I believe yes, Nicosia is developing into a university town, after all one can see and feel it. In my opinion, Nicosia could be promoted as “the safest university capital of Europe.” Let me remind you that as a state we have been saying for years that Cyprus could become a regional university centre. Upgrading and promoting Cyprus more widely as an international quality education centre in southeast Europe is paying off. Thanks to our strategic choice to enter into cooperation agreements and to our investments and programme development, the European University has gained a high profile position on the international map, giving us, Nicosia and Cyprus comparative advantages.

The University’s graduates have a high job acceptance rate in professions related to their studies. How do you achieve this?

The high rate you refer too is 82%.  A study has shown that eight out of 10 of our students find a job in a field of their studies in the first six months after graduating,  while a significant number do so while still students. QS Top Universities (QS Stars) has awarded us its highest distinction of five stars for employability. We are the only university in Cyprus and Greece to have won this this five star employability award.

The answer to your question is simple: we simply focus on students, recognising that employability is their biggest concern. That is why we try to develop as many links as possible between academia and the labour market. We give special emphasis to connecting learning abilities with professional skills that will boost employability. Linking practical training with theory is, I believe, the most decisive element.

Do you view state universities as competing with or complementing your work?

Competition is healthy and welcome, provided there is a level playing field. Recently, the President of the Republic said that the government gives emphasis to boosting tertiary education and that it wants to see the country become a regional and international educational and research centre. We absolutely agree on this target, we are part of this procedure. However, the state should not view only public universities as being part of this model. The incentives must be extended to private universities and we should be treated as partners of the state in fulfilling this all-important strategic vision. To this end, we have submitted specific proposals to the government.