Gunshots fired at U.S. embassy in Turkey, no casualties – police 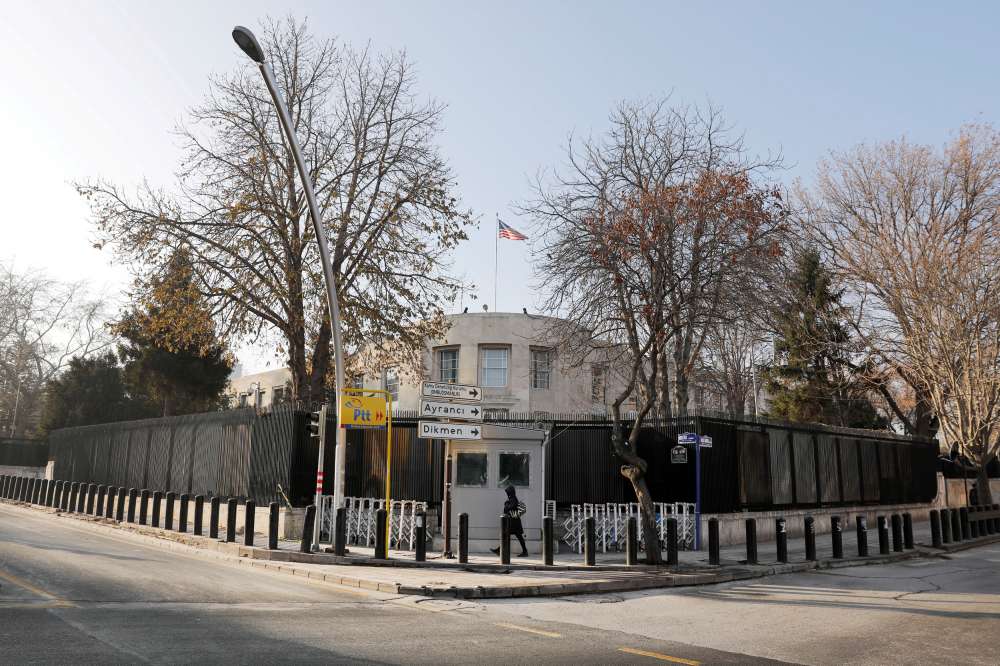 Several gunshots were fired from a vehicle at the U.S. embassy in the Turkish capital, Ankara, on Monday, hitting a window in a security cabin but causing no casualties, police and broadcaster CNN Turk reported.

The attack coincided with a deepening row between Ankara and Washington over the trial of a U.S. pastor in Turkey.

A police officer told Reuters at the scene the drive-by shooting occurred around 5 a.m. (0200 GMT) and that nobody was hurt. The embassy was set to be closed this week for a public holiday to mark the Islamic Eid al-Adha festival.

Police teams were searching for the assailants, who fled in a white car after the attack, CNN Turk said. Four or five gunshots were heard, it said.

Broadcaster Haberturk showed police teams inspecting one of the entrances to the embassy and apparent damage caused by a gunshot could be seen in one window. It said empty cartridges were found at the scene.

The U.S. embassy in Ankara and the consulate in Istanbul have been the targets of attacks by militants and have faced numerous security threats in the past.