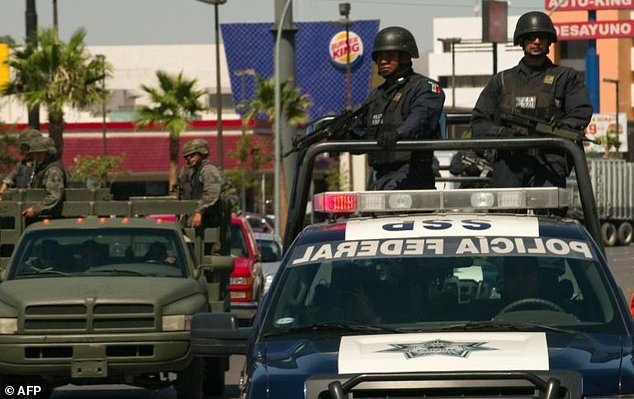 Gunmen have killed up to nine members of a U.S. Mormon family, believed to be mainly children, in the latest massacre to afflict Mexico, family members said.

The victims belonged to the LeBaron family from a breakaway Mormon community that settled in the hills and plains of northern Mexico decades ago.

It was unclear what motivated the killings, which took place on Monday on a dirt road between Chihuahua and Sonora states, both bordering the United States.

A video posted on social media showed the charred and smoking remains of a vehicle riddled with bullet holes that was apparently carrying the victims when the attack happened.

“This is for the record,” says a male voice in an American accent, off camera, choking up with emotion.

“Nita and four of my grandchildren are burnt and shot up.”

Reuters could not independently verify the video.

Mexico has been hit by a wave of attacks in recent weeks, shocking even for a country inured to a decade of drug war violence. The most notable incident was a military-style cartel assault that forced the government to release a leader of the Sinaloa Cartel in October.

Given U.S. citizens were killed on Monday, the incident may increase pressure from Washington on President Andres Manuel Lopez Obrador to rein in armed groups. There was no immediate indication of who was behind the attack.

Chihuahua and Sonora state governments issued a joint statement saying an investigation had been launched and that some people were presumed dead and others missing.

The statement noted additional federal and local security forces were being sent into the area near the border between the two Mexican states, but did not provide further details.

Julian LeBaron described the incident as a “massacre,” saying some family members were burnt alive. In a text message, he said other injured members of the family were being transported to Phoenix, Arizona for treatment.

Several children who fled the attack were lost for hours in the countryside before being found, Julian LeBaron added.

“My cousin was murdered with her children in the truck,” Alex LeBaron said, adding he believed nine people died.

In 2010, two members of the Chihuahua Mormon community, including one from the LeBaron family, were killed in apparent revenge after security forces tracked drug gang members. The Mormons had suffered widespread kidnappings before that.

Mormons of Germanic origin settled in northern Mexico in the 1920s from the United States. The group broke away from the mainstream Mormon church when it abandoned polygamous marriages.

U.S. Ambassador to Mexico Christopher Landau, who traveled to Sonora earlier on Monday for unrelated work meetings, said he was following the incident closely.

“The security of our co-nationals is our great priority,” he said on Twitter.

The U.S. embassy in Mexico did not immediately respond to a request for more information after hours.