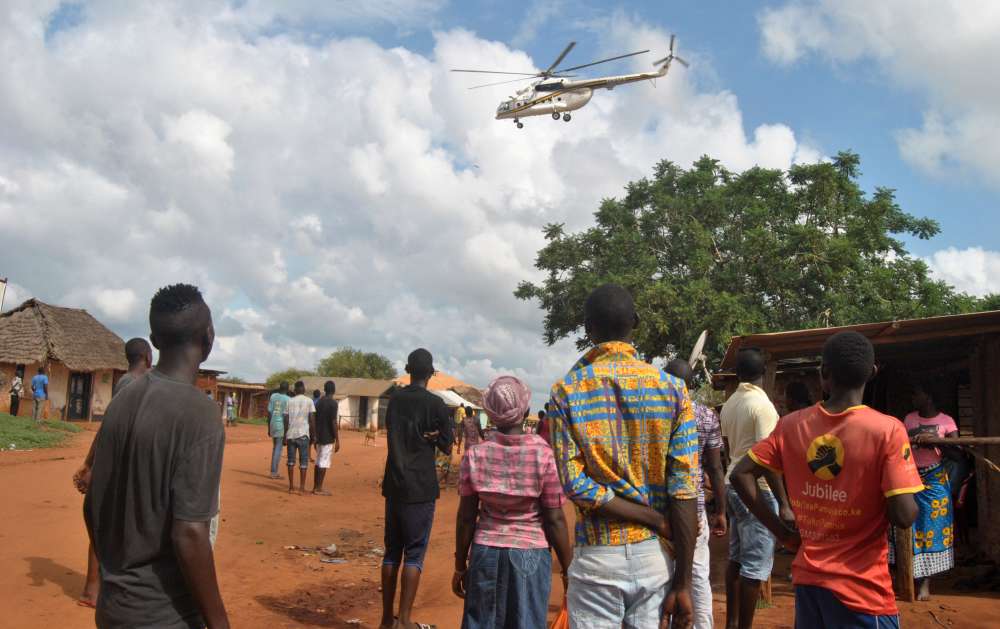 Gunmen kidnapped an Italian volunteer in southeast Kenya and shot five people late on Tuesday, police said, in the first abduction of a foreigner since a series of raids blamed on Somali Islamist militants six years ago.

Men armed with AK-47 rifles attacked the town of Chakama and seized the 23-year-old woman who was working for the small Italian charity Africa Milele Onlus, the National Police Service added.

The attackers spoke Somali and opened fire on people fleeing the scene, witness Chad Joshua Kazungu told Reuters by phone. “There were three attackers and they targeted the Italian lady,” he said.

Five people were wounded, including a 10-year-old shot in the eye and a 12-year-old hit in the thigh, police said. They were all taken to hospital.

Chakama in Kenya’s Kilifi region is 60 km inland from the bustling coastal tourist resort on Malindi.

Police said they had still not identified the attackers and their motives were unclear.

Another unnamed witness told Kenyan TV channel KTN News that the attackers grabbed the woman as she came out of her room to find out what was going on.

“Their aim was to get money but they took off with her to the river and, before leaving the village, they started shooting in the air and they shot one woman and four boys,” the witness said.

Tourist numbers and earnings plunged sharply from 2012 to 2016 as militants from the Al Shabaab group in neighbouring Somalia launched a series of attacks on Kenyan soil in retaliation for Kenya’s military intervention in Somalia.

A number of foreigners were kidnapped on the coast in 2011 and 2012 but not none has been abducted since.

The Italian embassy in Nairobi declined to comment on Tuesday’s abduction and referred callers to the foreign ministry in Rome.

There was no immediate comment from the charity which, according to its website, was founded in 2011 by an Italian couple after they honeymooned in Africa.

Chakama is nearly 300 km (185 miles) southwest of the Kenya-Somalia border.