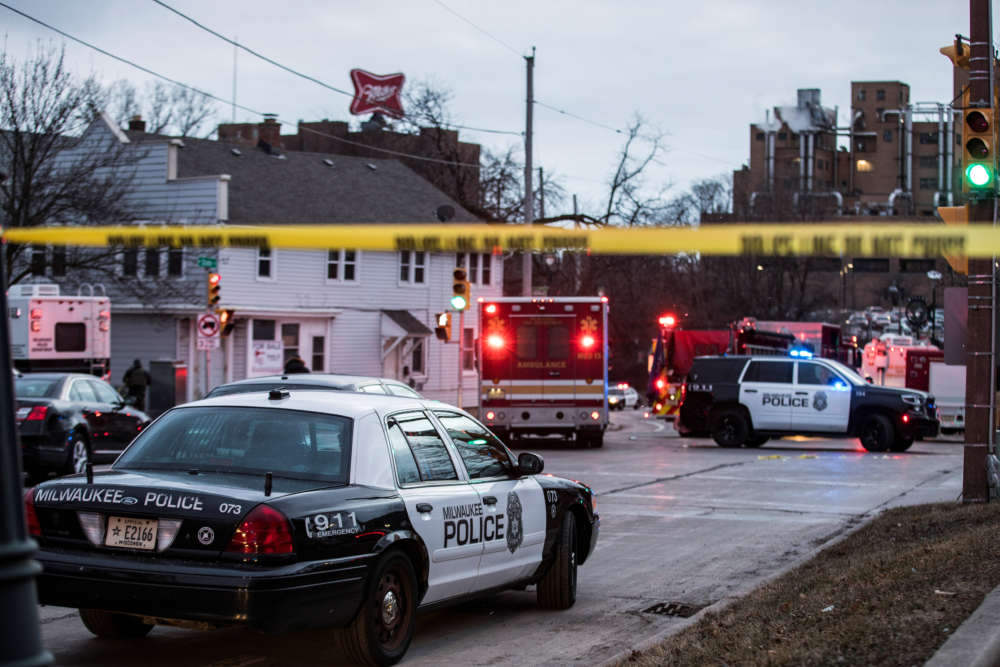 A gunman opened fire at the Molson Coors Beverage Co brewing complex in Milwaukee on Wednesday, killing five co-workers before he was found dead from an apparently self-inflicted gunshot wound, the city’s police chief said.

No one else was injured in the violence at the sprawling campus of more than 20 buildings, where some 1,400 workers are employed by the beer company in Wisconsin’s largest city, Milwaukee Police Chief Alfonso Morales said.

The entire Molson Coors property was placed under a security lockdown for several hours following the gunfire as police swept each building to rule out any further threats or victims.

“We can now say that the scene is secure. All employees who were on scene have been allowed to go home,” Morales told reporters at a late-night news conference several hours after the afternoon shooting.

Morales said the bloodshed was confined to the Molson Coors complex west of downtown – a facility known to locals as the old Miller brewery – and that “no members of the general public were involved.”

Miller beer is one of the company’s leading brands, and Mayor Tom Barrett said the plant has been part of the city for 165 years.

Morales said the body of the dead gunman, who was believed to have acted alone, was found in the same building as his five victims.

The suspect was described by police as a 51-year-old Milwaukee resident and employee of Molson Coors. Details about the circumstances of the shooting, including what may have precipitated the carnage, were not provided by authorities.

“We are a family here at Molson Coors in Milwaukee, and this is an unthinkable tragedy for us,” company President and Chief Executive Officer Gavin Hattersley told reporters.

President Donald Trump, acknowledging the shooting hours earlier as he opened a White House news conference about the coronavirus outbreak, referred to the gunman as a “wicked murderer” and called the gun violence “a terrible thing.”

“Our hearts go out to the people of Wisconsin and to the families,” he said.

At a news conference earlier in the evening, the mayor branded the shooting “an unspeakable tragedy.”

“There were five individuals who went to work today just like everybody goes to work. They thought they were going to work and return to their families. They didn’t, and tragically they never will.”

In the immediate aftermath of the bloodshed, the company advised employees in an email that the gunman had been located in or near a second-floor stairwell near a packaging facility, The Milwaukee Journal Sentinel reported.

Hours later at Spitfires on State, a tavern a few blocks from the shooting scene, patrons made solemn toasts to Miller, an iconic Milwaukee brand. A small group of employees, still wearing their protective gear from their shift earlier in the day at the brewery, huddled together inside the bar.

“Prayers and condolences,” one female employee said as she left the bar after hugging two co-workers.

The Milwaukee shooting seemed likely to reignite a contentious debate about gun control in the midst of the U.S. presidential election.

The campaign of Democratic candidate Michael Bloomberg, the former New York City mayor, was set to host a roundtable discussion about gun violence at an event in Los Angeles on Thursday.

A campaign spokeswoman said the event, which Bloomberg was not planning to attend, was previously scheduled, but added, “recent events will likely be discussed.”

Last year saw 417 mass shootings in the United States, according to the Gun Violence Archive, the highest annual number since the nonprofit research group started keeping a tally in 2013. GVA defines a mass shooting as any in which at least four people, excluding the perpetrator, are shot.