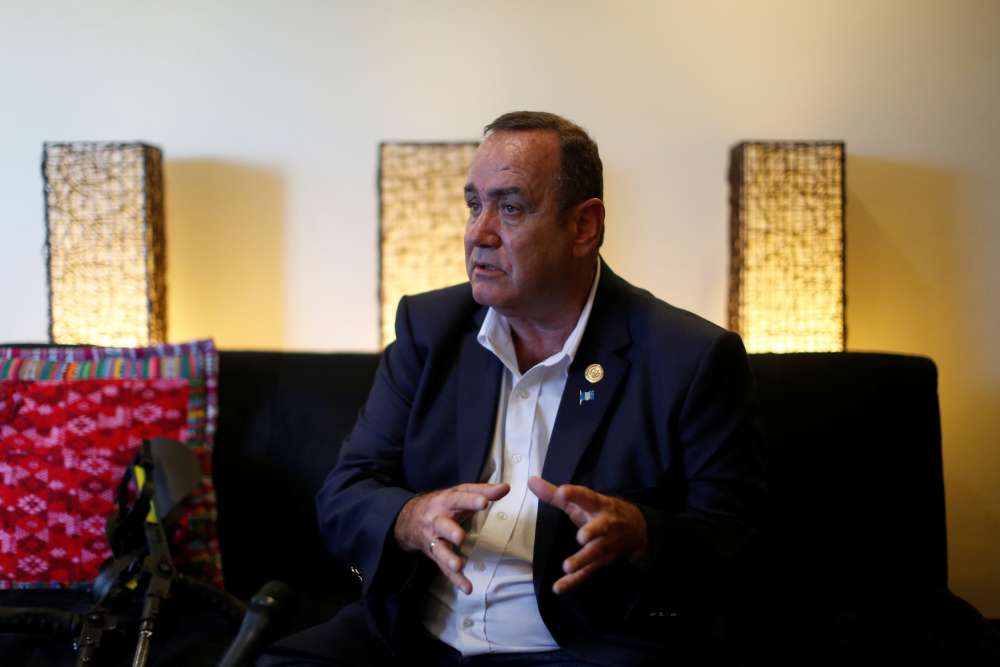 The winner of Guatemala’s presidential election, Alejandro Giammattei, said on Sunday he hoped he could make changes to a controversial migration deal the Central American country signed with the Trump administration last month.

Speaking to Reuters shortly before being declared victor, the conservative Giammattei said he wanted to see what could be done to improve the deal that outgoing President Jimmy Morales agreed to stem U.S.-bound migration from Central America.

Giammattei will not take office until January, by which time Guatemala may be under severe pressure from the deal that effectively turns the country into a buffer zone, by forcing migrants to seek refuge there rather than in the United States.

“I hope that during this transition the doors will open to get more information so we can see what, from a diplomatic point of view, we can do to remove from this deal the things that are not right for us, or how we can come to an agreement with the United States,” Giammattei, 63, said in the interview.

Threatened with economic sanctions if he said no, Morales reached an accord in late July to make Guatemala a so-called safe third country for migrants, despite the endemic poverty and violence plaguing the Central American nation.

“It’s not right for the country,” Giammattei said of the deal. “If we don’t have the capacity to look after our own people, imagine what it will be like for foreigners.”

The agreement is also highly unpopular in Guatemala.

A poll published this week by Guatemalan newspaper Prensa Libre showed more than eight out of 10 respondents rejected the idea of the country accepting foreign migrants seeking asylum.

Giammattei noted that since a U.S. judge had already suspended a separate safe third country accord, there was a chance that the deal with Guatemala could change.

In July, a U.S. federal judge in California blocked a Trump administration rule that would bar asylum applications at the U.S.-Mexico border.

Prior to the accord president Morales signed, Guatemala’s Constitutional Court said Congress, which is in recess, needed to be consulted on any safe third country deal.

But when Trump threatened to impose tariffs on Guatemalan exports, and to levy charges on billions of dollars in remittances sent home by Guatemalans living in the United States if he failed to sign the migration deal, Morales relented.

Three million Guatemalans live and work in the United States, which is also the country’s main trading partner.

Giammattei also said he doubted that migrants would be willing to comply with the deal.

“They are looking for asylum in the United States,” he said. “I don’t think there are a lot of people from El Salvador and Honduras who want to seek asylum in Guatemala, especially if they are fleeing poverty.”

To address the migration problem, Giammattei has pledged to build a “wall of investment” along Guatemala’s impoverished border region with Mexico as a means of promoting economic development and encouraging people to stay at home.

Giammattei, a veteran bureaucrat, had lost his three previous bids for the presidency.

But he defeated his center-left rival, former first lady Sandra Torres, by a landslide, winning more than 58% of the vote, preliminary results showed.

By In Cyprus
Previous articleBiker critical after collision in Limassol; car driver arrested for drunk driving
Next articleFirefighters tackle blaze on Mount Hymettos near Athens