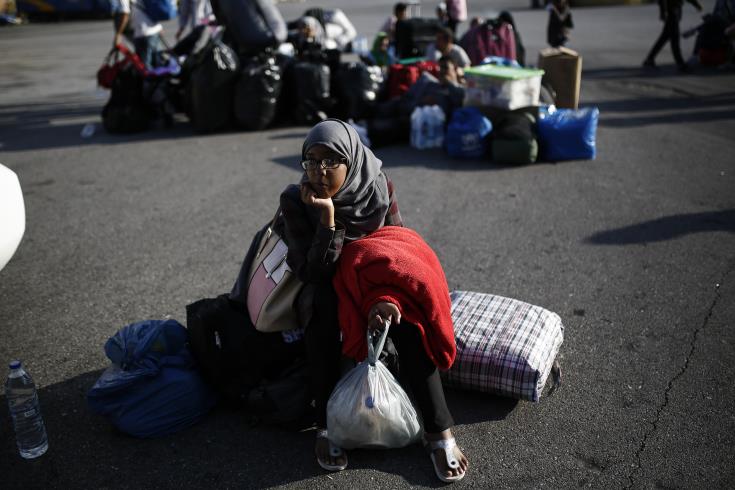 Cyprus is in the midst of a burgeoning migrant crisis as smuggler networks take advantage of the island’s partition and proximity to the Middle East, the Guardian newspaper reported on Tuesday.

Writer Helena Smith interviews two Iraqi-Kurd refugees, Rubar and Bestoon, who entered the Republic of Cyprus with their two children, through the occupied north. They say that smugglers convinced them that it was much cheaper to get to Cyprus, compared to other countries, and that it was still Europe. “We paid $2,000 for the four of us to come,” they said.

After they arrived at the Turkish-occupied north from Iraq, Rubar and Bestoon entered the Republic through the buffer zone.

When he was shown Cyprus on the world map in the migrant centre’s reception room, Rubar told the Guardian: “If I had known I’d never have come. After all, being here we’re much nearer Baghdad than we are Berlin.”

Elizabeth Kassinis, executive manager of the Charity Caritas, said the Rubar’s experience is not uncommon. “Many are surprised to find out where they actually are. When we tell them, they are shocked, stunned, completely speechless. Nearly all arrive expecting they’ll be within walking distance of a job in Germany.”

Illicit crossings from the north have made Cyprus’ woes much worse. With international agencies focusing almost entirely on sea arrivals, the real number of migrants on the island has been hugely underestimated, charities say. “We are a humanitarian organisation that addresses poverty, hunger and homelessness and we are seeing across-the-board increases in them all,” Kassinis said.

A backlog of 8,000 asylum claims has amassed as authorities struggle to cope with the flows, according to the UN refugee agency, UNHCR. “We’re talking about a process that can take up to five years and an extremely high number of people waiting for final decisions to their claims,” said Katja Saha, the agency’s representative in Nicosia.

“It’s highly likely that the vast majority are not refugees and should not be in the asylum processing system but, that said, the lack of infrastructure and social services makes it very difficult to identify those who are vulnerable, particularly victims of trafficking and torture.”

Cyprus has exceeded every other EU member state in asylum claims in 2018, recording the highest number per capita with almost 6,000 applications, Smith writes.

According to the Interior Ministry, by August requests were 55% higher than for the same eight-month period in 2017, a figure itself 56% higher than that for 2016.

“Cyprus had been spared the refugee crisis until this year as most Europe-bound asylum seekers headed for Greece and Italy instead,” Smith writes.

“It’s surprising, given its geographic location, that Cyprus has not been more impacted by the seven-year conflict,” said Saha. “Since the spring we’ve seen this increase in Syrians because word has spread that Lebanon and Turkey, as first asylum countries, are saturated.”

“This is a European problem,” Interior Minister Petrides told the Guardian, adding that closed borders elsewhere in the bloc were placing a disproportionate burden on small frontline states such as Cyprus. “It’s absolutely necessary to find a holistic solution … which means distributing asylum seekers through an automatic relocation mechanism to countries throughout the EU. Cyprus is saturated. It’s no longer easy to absorb such flows, or handle the situation, no matter how much money we get.”

“What we don’t want to do is open more and more reception centres,” said Petrides, emphasising that solidarity was now needed on Europe’s eastern edge. “It’s not the solution, either for the country or asylum seekers.”