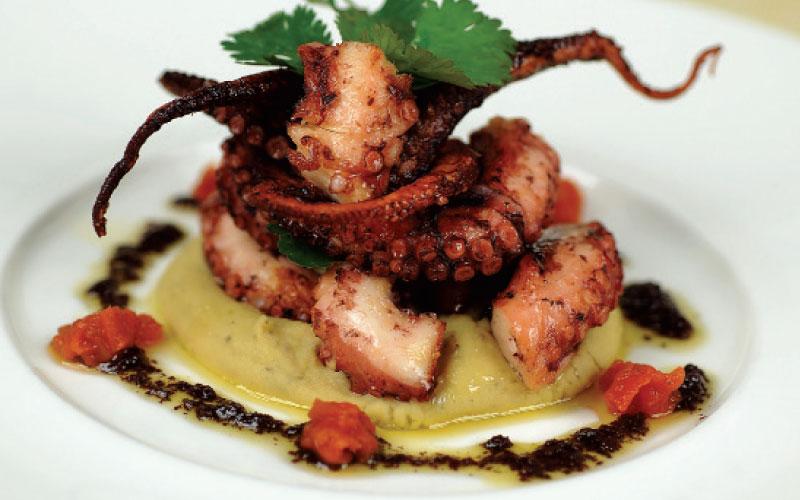 Place the octopus in a pot with enough water to cover it, together with the carrot, onion, pepper and bay leaf. Put on a very low heat and simmer for 30-40 minutes until soft. Drain and leave to cool.
Meanwhile, put the fava beans in another pot with enough cold water to cover them. Boil for 20 minutes, together with the onion, until soft. Season, strain (reserving a little of the liquid) and throw the onion away. Put the beans in a blender or food processor with as much of its liquid as is needed to make a smooth paste. Sprinkle with olive oil.
Before serving, heat a pan or grill over high heat. Chop up the octopus and cook for 2-3 minutes until browned.
Beat the olive oil with the vinegar, oregano and salt and pepper.
Serve the octopus on a layer of fava garnished with chopped tomato, olive paste and coriander leaves.
Ingredients: