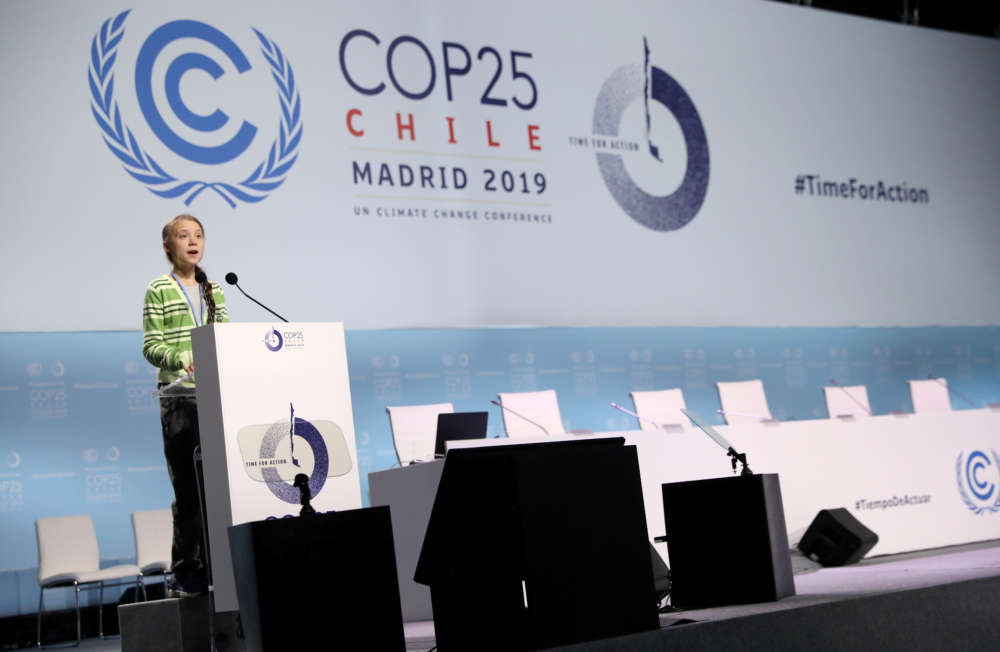 Teenage climate activist Greta Thunberg accused political and business leaders of polishing their images rather than taking aggressive action in the fight against climate change at a United Nations summit on Wednesday.

“It seems to have turned into some kind of opportunity for countries to negotiate loopholes and to avoid raising their ambition,” the 16-year-old Swede told the meeting in Madrid, drawing applause.

“I still believe the biggest danger is not inaction, the real danger is when politicians and CEOs are making it look like real action is happening when in fact almost nothing is being done apart from clever accounting and creative PR,” she added.

Politicians in Madrid are grappling with outstanding issues in the implementation of the 2015 Paris Agreement, which aims to avert catastrophic global warming, including the spiny issue of accounting for carbon emissions.

Many countries and companies are relying on the idea of carbon markets to meet goals to cut greenhouse gas output and help limit temperature rises to between 1.5-2 degrees Celsius above pre-industrial levels.

Supporters of carbon markets say they can serve to lower the cost of reducing emissions and enable countries to commit to more ambitious targets. Others see them as a way to stall more aggressive action to cut emissions.

Thunberg said many pledges to balance out emissions in this way did not include the impact of shipping, aviation and international trade, and called for quicker action.

“Zero in 2050 means nothing if high emission continues even for a few years,” said Thunberg, who has become a symbol of youth anger against older generations and the political classes for foot-dragging over the environmental crisis.

“To stay below 1.5 degrees we need to keep the carbon in the ground.”