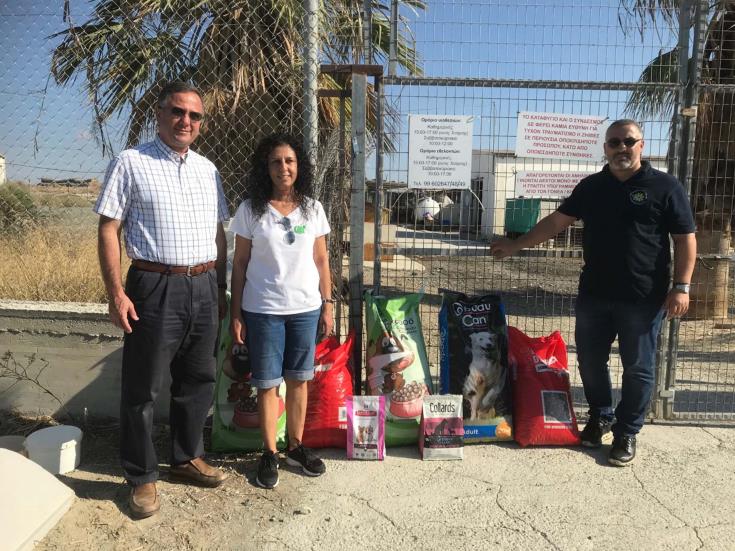 This has been the worst year for abuse and animal abandonment this decade, Anna Spanou vice president of the Aradippou Dog Shelter said on Friday as she called for a government neutering programme for dogs and cats.

She spoke during a visit by  a delegation from the Greens to the shelter where they delivered dog food and paid tribute to the  volunteers working there.

Spanou thanked the Greens for the visit and donation. “It is good to know that our politicians are also thinking about the animals,” she said.

The biggest problem as regards animal welfare in Cyprus currently, beyond that of dog registration, was neutering.

“It would be good to hear the government announcing a programme of free neutering for dogs and for cats. The situation is getting worse year by year and as a result 2019 is the worst for abuse and abandonment of animals in the past ten years,” she said.

Greens president and MP Yiorgos Perdikis described the abandonment of animals as a ‘scourge’ for society and called for action, including a generous free neutering and registration programme for dogs to help end this unacceptable behaviour.

Many of the animals at Aradippou are hunting dogs and legislation on hunting dogs should be stricter and respected, he added.

He welcome cabinet’s decision to set up an animal police unit which he said would help deal with animal abuse as there would be a team ready to respond immediately.

But he said that although abandoning animals was also abuse, it is more difficult to tackle even by the dedicated police unit.

He also noted that the neutering and registration of cats should also be discussed, as there is no law for cats.

Volunteers did admirable work and should be supported and all those wishing to get a dog should adopt one from a shelter, the MP added.

By In Cyprus
Previous articleWhy the UK’s Brexit proposal falls short for the EU
Next articleRegistered unemployed down an annual 20.7% in September