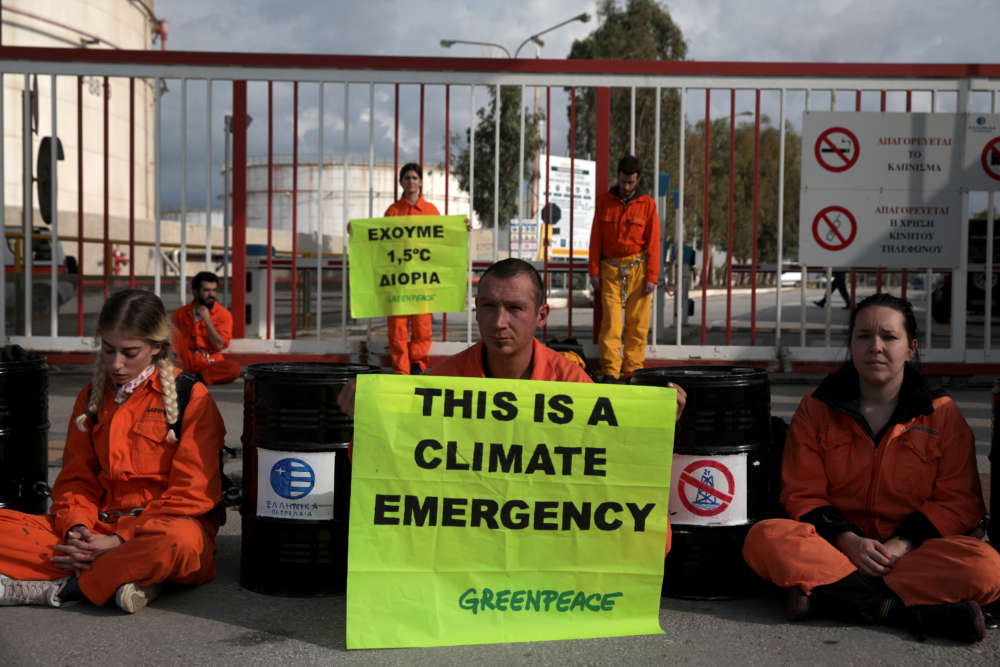 Greenpeace activists abseiled down the side of huge storage tank at a Hellenic Petroleum refinery near Athens on Thursday and unfurled a huge banner protesting at the company’s oil and gas exploration projects across Greece.

Greece‘s biggest oil refiner Hellenic Petroleum (HELPE) operates three refineries and has been licensed to search for hydrocarbons in several regions of the country.

A HELPE official said operations were not disrupted in any way.

The banner at the HELPE premises in Aspropyrgos pictured the red prohibition symbol over an oil rig.

Some of the protesters held up posters reading: “This is a climate emergency”.

Last month, Greenpeace sent a letter to Hellenic’s board calling on the company to withdraw from exploration projects in Greece and review its strategy in line with the Paris agreement to curb climate change.

“We want to protest against HELPE’s oil and gas drilling plans in Greek seas and land, which are hurting the environment,” said Greenpeace campaigner Takis Grigoriou. “People need to know … this is destructive for the country.”