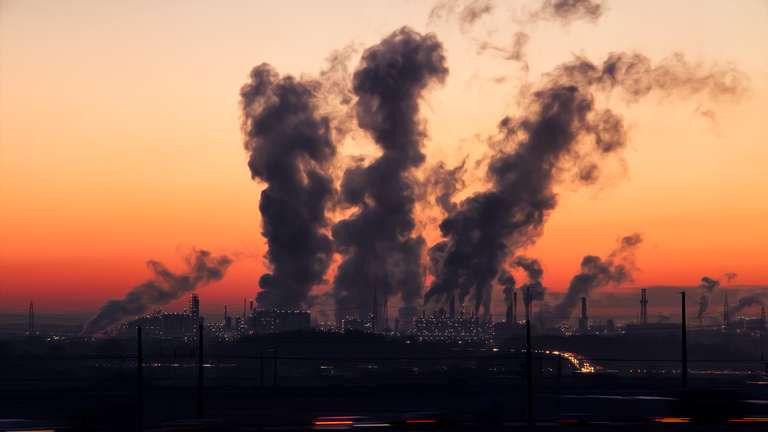 The levels of greenhouse gases in the atmosphere have reached record-high in 2017, the World Meteorological Organization (WMO) said this morning.

Concentrations represent what remains of greenhouse gases in the atmosphere after emissions have been naturally absorbed by the oceans and the biosphere.

Since 1990, there has been a 41% increase in total radiative forcing – the warming effect on the climate – by long-lived greenhouse gases, in particular, carbon dioxide.

The Bulletin also indicates that concentrations of methane and nitrous oxide also rose, as well as a “resurgence” of the ozone-depleting substance CFC-11.

Methane – atmospheric levels of which are now over 250% above pre-industrial level – is the second most important long-lived greenhouse gas, 60% of which comes from human activities such as cattle breeding, fossil fuel exploitation, landfills and biomass burning.

Around 40% of nitrous oxide is emitted into the atmosphere from human sources, including oceans, soil, biomass burning, fertilizer use, and various industrial processes.

Its atmospheric concentration in 2017 was 329.9 parts per billion, over 120% of pre-industrial levels and also has an impact on the ozone layer protecting us from the sun’s ultraviolet rays.

Secretary-General of the WMO, Petteri Taalas, said that climate change will have “increasingly destructive and irreversible impacts” without “rapid cuts” in emissions.

“The window of opportunity for action is almost closed,” he warned, adding that we are reaching CO2 concentrations not seen for over three million years.

The recent IPCC Special Report on Global Warming of 1.5°C found that net emissions of CO2 must reach zero by 2050 in order to keep temperature increases to below 1.5°C.

The IPCC and WMO findings are expected to provide the scientific base for decision-making at the UN climate change negotiations in Katowice, Poland in December.

The key objective of the meeting is to adopt guidelines to implement the Paris Climate Change Agreement to hold the global average temperature increase to 1.5°C.