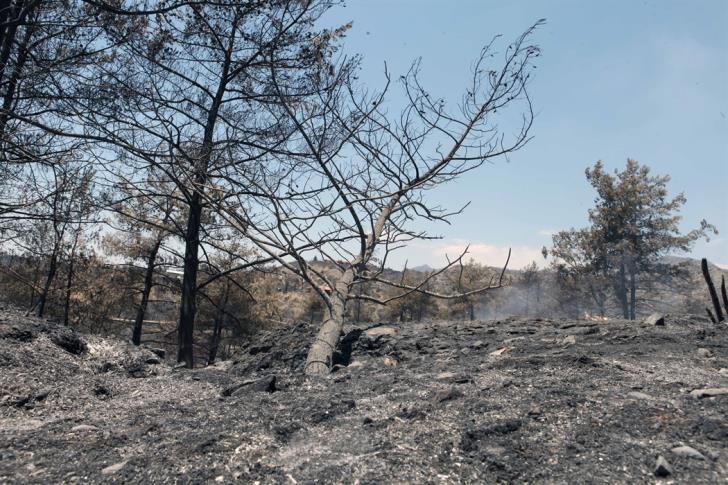 The Green Party has called for measures to be taken to prevent possible lumber looting following the recent fire in Arakapas which destroyed over 55 square kilometres of forest land.

The party reminded that this happened after the big forest in Solia area back in  2016.

Some 70% of burnt lumber was stolen from the forest of Solia, whereas just 30% was sold for firewood.

The stealing was confirmed since out of the total amount of burnt wood, only 30% was invoiced, it added.

This means that certain individuals were systematically loading and carrying large quantities of wood from the forest.

Given the much larger magnitude of recent forest fires, there are fears that this phenomenon will re-occur. Safety measures have therefore been asked to be put in place, in order to prevent further wood stealing.

President of the Cyprus Green Party Charalambos Theopemptou called for required measures to be taken for the protection and safekeeping of tree trunks.

The law stipulates punitive measures to be imposed for stealing wood, while the Authorities are allowed to intercept vehicles carrying wood in order to check its origin.

The Party, consequently, called for an increase in the amount of forest surveillance.