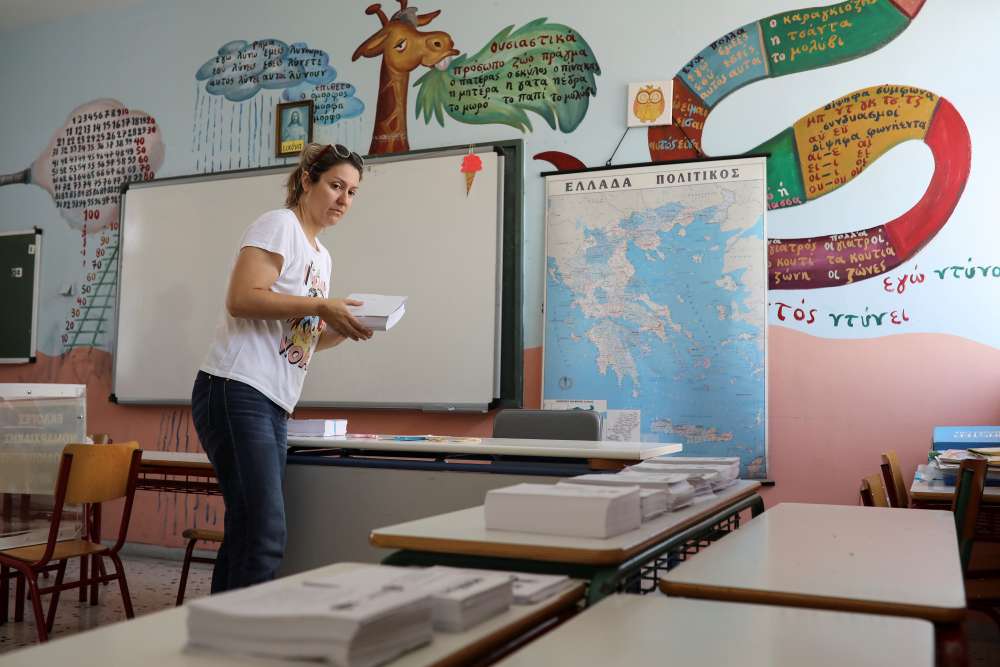 Greeks vote on Sunday in a snap election polls say will bring opposition conservatives to power, ending four years of leftist rule blamed for saddling the country with more debt and mismanaging crises.

The election is largely a showdown of two contenders. Incumbent Alexis Tsipras of the Syriza party is on one side – a 44-year-old radical leftist who stormed to power in 2015 vowing to tear up the austerity rule book only to relent weeks later.

On the other side of the fence is Kyriakos Mitsotakis, 51, of New Democracy. He is from a famous political dynasty – he hopes to follow the footsteps of his father as prime minister, while a sister of his was foreign minister.

Opinion polls put New Democracy’s lead at up to 10 percentage points, potentially giving it an absolute majority in the country’s 300-seat parliament. Voting starts at 7.00 am (0400 GMT) and ends at 7.00 pm, with first official projections expected about two hours after voting ends.

Greece endured a debilitating financial crisis from 2010 which saw the country needing a cash lifeline from its European Union partners three times.

The economy is the public’s main concern, said Thomas Gerakis of pollsters MARC.

“Voters want to know the government can give Greeks a better tomorrow,” he said. Some voters wanted to punish Syriza for reneging on past pledges, he added.

Tsipras was also roundly criticised for mismanagement of crises on his watch, and for brokering a deeply unpopular deal to end a dispute over the name of neighouring North Macedonia.

One hundred people died in a devastating fire which swept through a seaside village east of Athens last year; while Mitsotakis was quick to the scene to console survivors, Tsipras was out of the public eye for several days.

Greece wrapped up its last economic adjustment programme in 2018, but remains under surveillance from lenders to ensure no future fiscal slippage. Though economic growth has returned to the country, unemployment is the euro zone’s highest at 18 percent.

New Democracy has promised to invest in creating well-paid jobs with decent benefits. The outgoing government meanwhile hopes voters will reward it for upping the minimum wage by 11 percent and reinstating collective bargaining.

Mitsotakis hopes that his reforms will convince lenders to show more flexibility in due course.

“The first thing that is necessary for economic growth to be boosted is a stable government, a strong majority in the next parliament,” Mitsotakis told Reuters.

Tsipras says that a vote cast in favour of Mitsotakis would go to the political establishment which forced Greece to the edge of the precipice in the first place.

“Each and every one of you must now consider if, after so many sacrifices, we should return to the days of despair,” he told voters, wrapping up the pre-election campaign on Friday.

By In Cyprus
Previous articleArchie, baby son of Prince Harry and Meghan, christened at Windsor
Next articleMainly fine with possible showers in mountains in afternoon