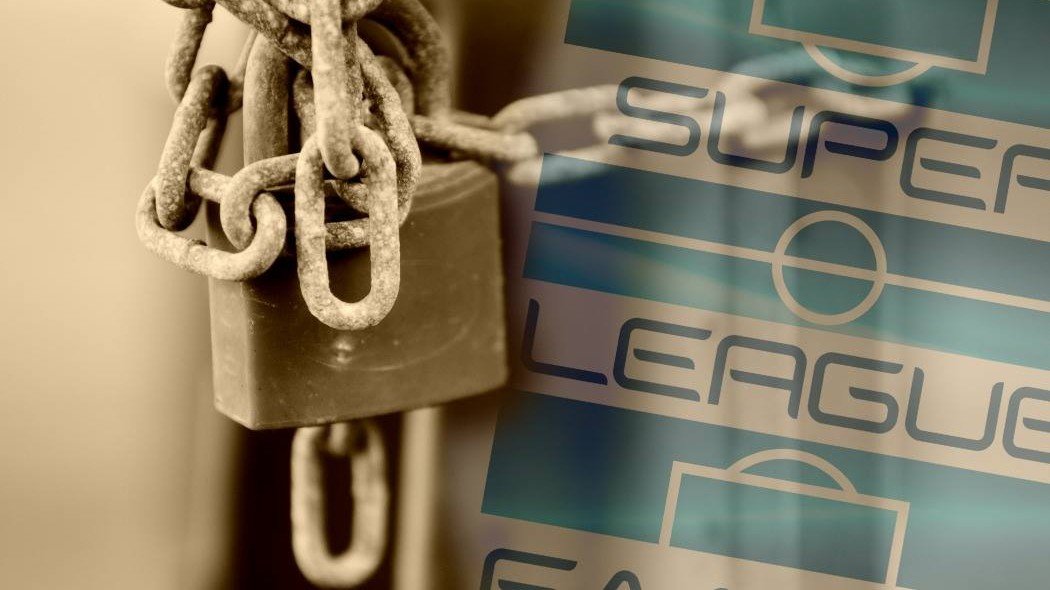 The Greek Superleague has been indefinitely suspended following the events in the Greek football league’s game between PAOK Thessaloniki and AEK Athens, Deputy Sports Minister Giorgos Vassiliadis announced on Monday after a meeting with Prime Minister Alexis Tsipras.
The match between PAOK and AEK in Toumba on Sunday night was stopped mid-play without a result after a disputed goal at the 90th minute caused PAOK owner Ivan Savvidis to storm onto the pitch surrounded by body guards, and carrying what appeared to be a fire-arm in a holder.
Thessaloniki Security Police on Monday announced that they are seeking PAOK Thessaloniki football club owner Ivan Savvidis in order to arrest him for violating sports laws, using procedures for those caught in the act of committing a crime.
“The government has been fighting for three years to clean up football; a lot of ground has been gained but there is still much more to do. On no account will we allow this entire effort to be jeopardised or the phenomena of the past to be resurrected; we will not permit any turning back,” Vasiliadis stressed.
He added that the government was prepared to assume the political cost – noting that this was the government’s least concern – since the most important thing was sticking to the rules. “The rules must apply to everyone and for everyone and, in this framework, we decided to suspend the championship,” he stated.
Vassiliadis said that “in the next few hours I will start meeting with football players, the Federation, the League,” adding that “we are in open communication with UEFA and will not resume (the championship) unless there is a new and clear framework that everyone agrees on, so that we can move forward on the basis of terms and rules.”
And, as he said, “we do not go back, we continue the battle for transparency and for better football.”
Asked if a football Grexit was a possibility, he noted that “everything was on the table.”
“There will be the necessary discussions and meetings with everyone and everything is on the table unless all sides assume their responsibilities.”
Asked if the government is planning to ban bringing weapons to football matches, Vassiliadis replied that the rules will be tightened up and applied to everyone, “since it has come to discussing weapons.” Asked about UEFA’s reaction to Sunday’s incident, he noted that “UEFA was shocked like the rest of us.”
He finally gave assurances that “the necessary provisions will be made so that the national team is not affected.”