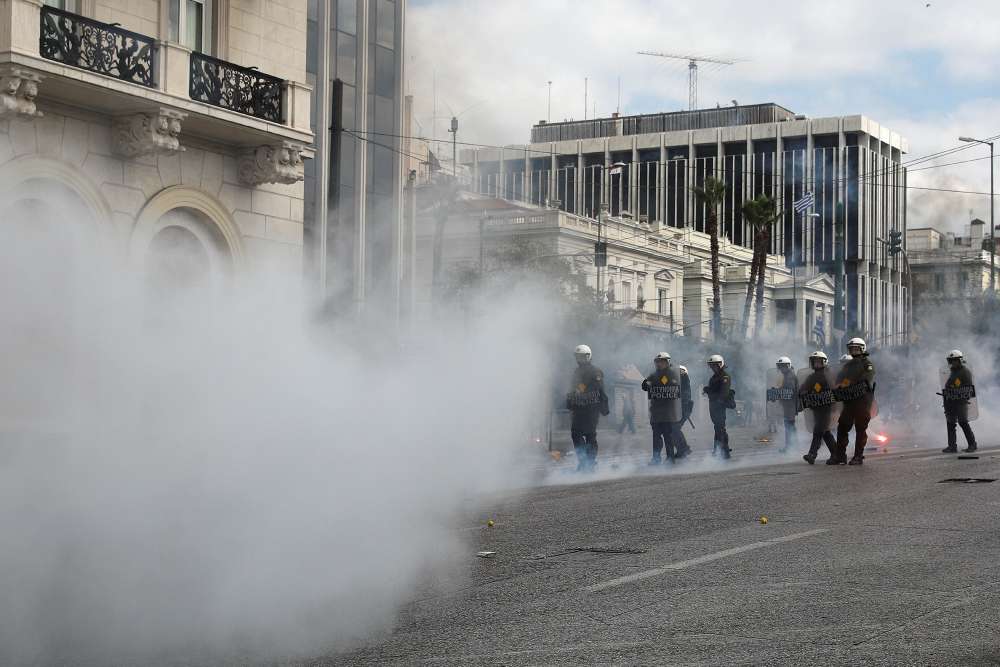 Greek youths clashed with police in central Athens on Monday as a protest against education reform turned violent when it reached parliament’s Syntagma square.

Protesters threw stones, flares and petrol bombs at police who responded with teargas.

The incidents occurred during a march by students to parliament, protesting against a draft bill changing university entrance requirements.

The incidents ended almost as rapidly as they started and the central square soon opened up for traffic.

Reforms wanted by the education ministry include curriculum changes in the final year of high school and alterations to what are now uniform entrance exams to university, irrespective of the chosen field of study.

High school students say the changes will increase the exam burden and create a system which discourages critical thought.