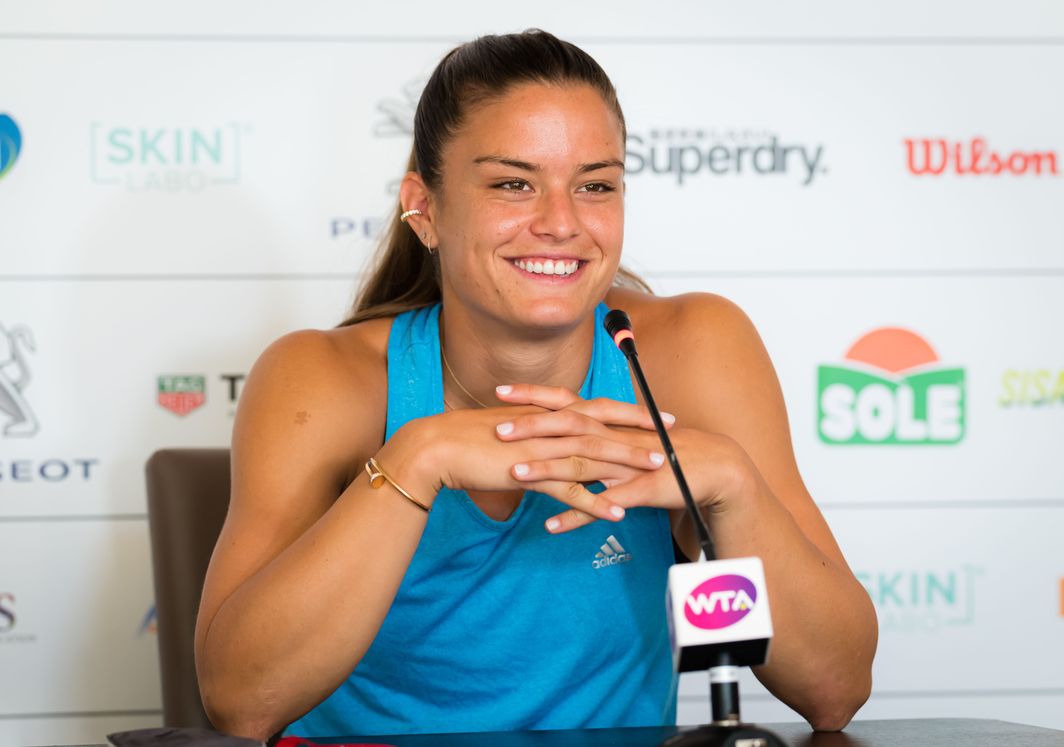 Greek tennis player Maria Sakkari says she was so desperate for competition during the COVID-19 shutdown that she considered running in the 100m at the national athletics championships.

The 25-year-old is seeded third at the WTA’s Palermo Ladies Open, which marks the return of professional tennis five months after it was halted due to the novel coronavirus outbreak.

“If the Tour was cancelled I was going to compete in the 100m track and field event at the National Championships,” Sakkari told reporters in the Sicilian capital, where the main draw kicks off later on Monday.

“Greece National Championships starts on Aug. 8. We were kind of joking with my fitness coach, but inside of me I really needed competition.

“There were rumours going around that the Tour would get cancelled so I thought if the Tour gets cancelled I need to find something. I’m fast, I knew I was not going to win it for sure because I’m not a professional. But yeah, I was thinking of doing that.”

Sakkari, who can cover 100m in 12.7 seconds without spikes or starting blocks, is scheduled to play in Monday’s final match at Palermo against Czech Kristyna Pliskova.

The Greek climbed to a career-high 20th earlier this year after reaching the fourth round of the Australian Open — her best result at a Grand Slam.