Greek Premier in Nicosia for a working visit 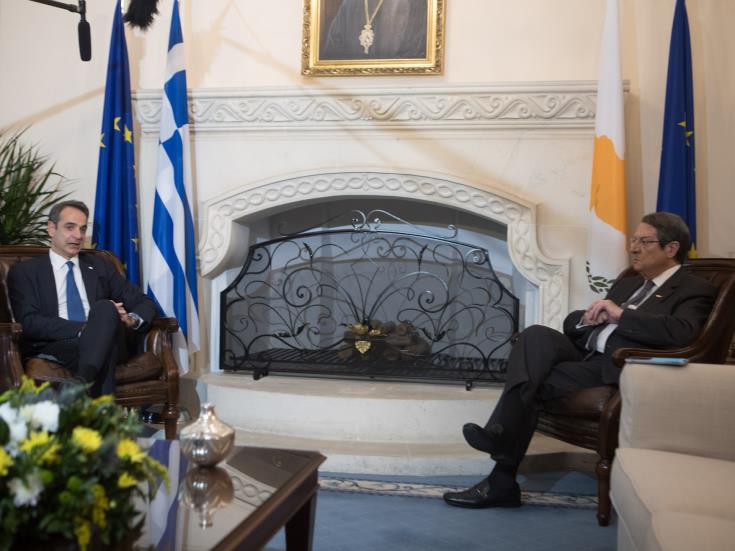 Greek Premier Kyriakos Mitsotakis is flying to Cyprus on Monday for a working visit.

According to a press release by the Presidency, Mitsotakis will have a tête-à-tête meeting with President Nicos Anastasiades at 11:15  to be followed by consultations between delegations of the two sides.

At 12:15 Mitsotakis and Anastasiades will make statements to the press and then they will have a working lunch.

The meeting is taking place ahead of a five party informal meeting the UN Secretary General will call on Cyprus early in March.