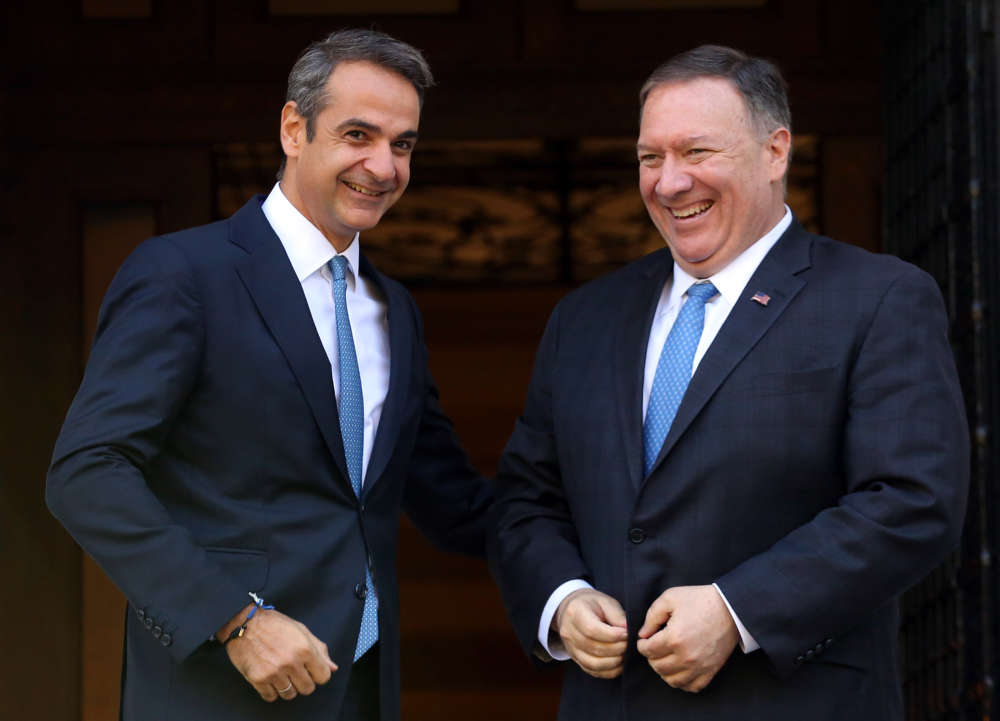 Greek Prime Minister Kyriakos Mitsotakis on Saturday urged the United States to use its influence to defuse tensions in the Eastern Mediterranean, where Cyprus and Turkey are locked in a dispute over offshore rights.

Tensions between Cyprus and Turkey over offshore drilling have intensified after Ankara sent a drilling ship to an area already licensed by Nicosia to Italian and French energy companies.

“The United States have a particular interest in the Eastern Mediterranean region. Cyprus is only asking for the self-evident, the implementation of international law,” Mitsotakis told Pompeo, who is visiting Greece on the last leg of a trip to southern Europe.

“I anticipate the positive contribution of the United States to lead to the creation finally of a more constructive and fruitful climate of cooperation in the region,” Mitsotakis told Pompeo.

The U.S. Secretary of State was due to hold talks on Saturday with his Greek counterpart and the defence minister. Responding to Mitsotakis, Pompeo did not refer to Cyprus.

“Today the relationship between (our) two countries has truly never been stronger,” Pompeo said, praising the efforts of Greece on its path to economic recovery.

“We are very confident that together we can work to ensure Greece can be a pillar for stability in this region.”

A Turkish drill ship, the Yavuz, is currently 50 nautical miles off Cyprus and plans to start drilling work on Monday.