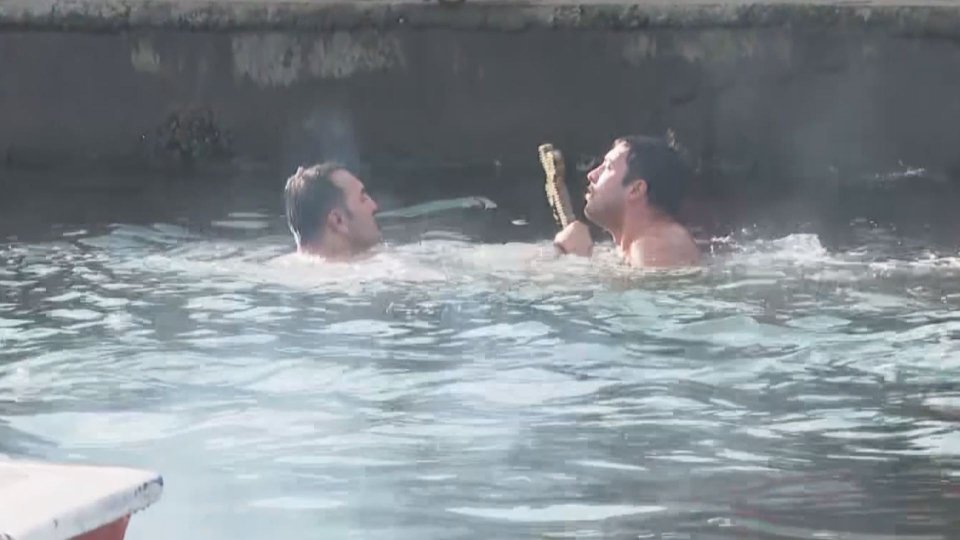 The Fener Greek Orthodox Patriarchate in Istanbul is celebrating the day of the birth and baptism of Jesus Christ with a special mass on Wednesday (Jan. 6).

The celebrations began in Hagia Yorgi Church adjacent to the patriarchate’s garden, and led by Patriarch Bartholomew.

Due to a difference in calendars, Jan. 6 marks Christmas Eve for many Orthodox churches and Christmas is celebrated on Jan. 7 rather than Dec. 25.

The ceremony was followed by a cross-throwing ceremony at the Fener dock in the Golden Horn, during which the patriarch will throw a large cross into the sea to be retrieved by a group of swimmers.

The majority of Orthodox churches worldwide use the Julian calendar, created under the reign of Julius Caesar in 45 BC, and have not adopted the Gregorian calendar, proposed by Latin Pope Gregory of Rome in 1582. The former calendar runs 13 days behind the latter.

By gavriella
Previous articleOrthodox Epiphany celebrations, in Piraeus
Next articleΑlmost 4,000 citizens got the COVID-19 jab from December 27 until now