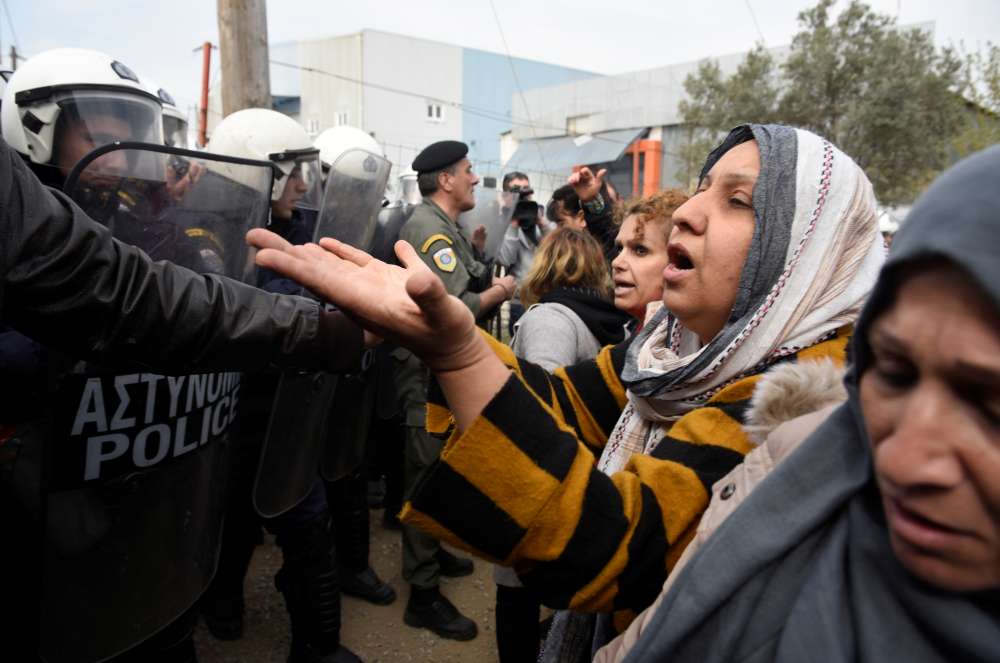 Greece on Friday urged hundreds of migrants and refugees who have gathered in a field close to the country’s northern border to return to their housing settlements, otherwise they could face sanctions.

Small groups of people including children arrived at a field next to the migrant camp of Diavata near the border with North Macedonia on Thursday.

By Friday morning there were more than 100 tents pitched in the field, prompted by reports on social media of plans for an organised movement to cross Greece’s northwest land border with Albania in early April.

In Athens, a group of about 50 migrants squatted on the tracks of the capital’s main railway station shouting “Germany!” and “Open the borders.” Several more were at the station under heavy police presence.

Services from the station were suspended.

“We want to go to Thessaloniki and then to the borders,” said Amin Omar, a 27-year-old Iraqi Kurd sitting on the tracks. “We don’t know if they are open.”

Greek Migration Minister Dimitris Vitsas appealed to the migrants at the border to return to the accommodation centres.

“It’s a lie that the borders will open,” he told Greek state television ERT. “In international treaties, there are obligations but there are also sanctions”.

Police parked buses across a road in the area to block an access route.

Tens of thousands of refugees and migrants, mainly from Syria, Iraq and Afghanistan, are stuck in Greece from when Balkan countries shut their borders in 2016. That route was the main passage way to northern Europe.

Vitsas said he hoped those in the field would leave by night.