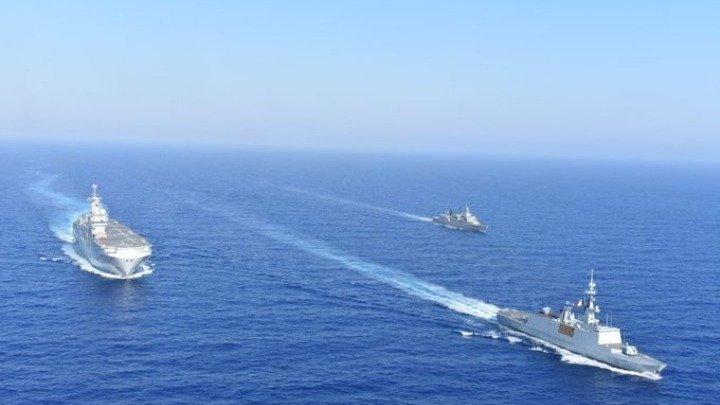 A Greek-French naval exercise was held on Thursday at the sea region of the eastern Mediterranean including the area engaged by the illegally issued Turkish navtex in the context of the standing military cooperation between Greece and France, the National Defence General Staff announced.

In the exercise participated the Greek frigates Spetsai, Aegeon, Limnos, Kountouriotis and a French task force fleet comprised by the French vessel Tonnere and the frigate Lafayette.

Two French military Rafale aircrafts landed and used Souda base in the context of the military cooperation between the two countries.