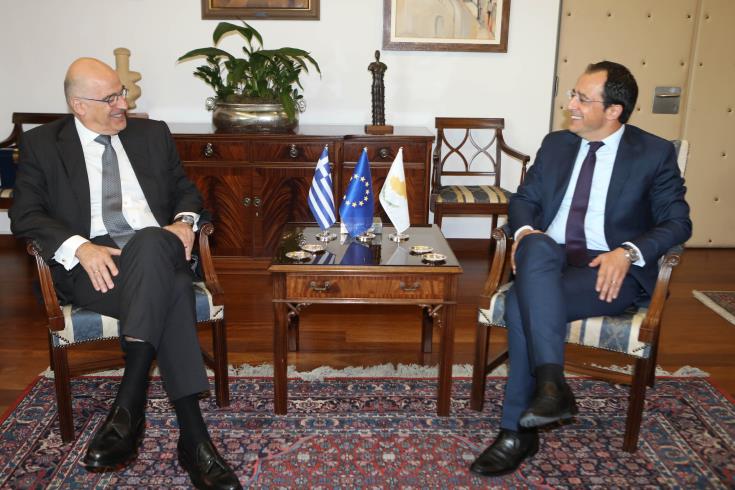 Greek Foreign Minister Nicos Dendias will visit Cyprus on Monday, October 7, in the context of Greece’s and Cyprus’ coordination, in view of the forthcoming EU Foreign Affairs Council, to be held in Luxemburg, on October 14.

Greek FM will be received by the President of the Republic Nicos Anastasiades and will also meet with Foreign Minister Nicos Christodoulides. After the meeting, the two Foreign Ministers will make joint statements.

According to Greek Foreign Ministry’s sources, the main purpose of Dendias’ visit to Cyprus is the preparation for the EU Foreign Affairs Council, on the agenda of which is the issue of the Turkish illegal drilling operations in the Cyprus’ Εxclusive Economic Zone (EEZ).

Furthermore, Greek Foreign Minister is expected to brief the Cypriot government on his discussions with the US Secretary of State Mike Pompeo, during the latter’s official visit to Greece.

On the agenda of Dendias’ visit to Cyprus is also the coordination of Greece’s and Cyprus’ next steps as regards the denouncement of the Turkish illegal actions in the Cyprus’ ΕΕ, as well as the Cyprus problem in view of possible significant developments that may arise in the coming period.