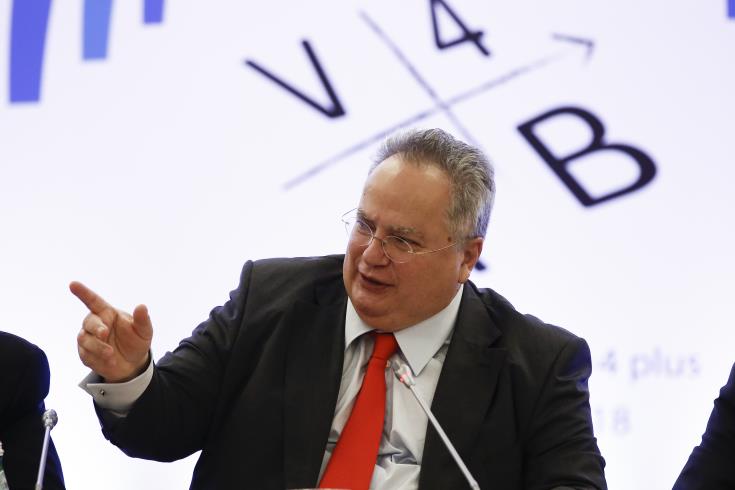 The Cyprus problem was among issues on the agenda of a meeting in Washington between Greek Minister of Foreign Affairs Nikos Kotzias and US Assistant Secretary of State for European and Eurasian Affairs Wess Mitchell.

In Washington, Kotzias also met with US Secretary of State Mike Pompeo and will continue his meetings there on Tuesday. On Wednesday he will travel to New York to meet with UN Secretary General António Guterres and the President of the UN General Assembly.

In statements, Kotzias said he discussed the situation in the Eastern Mediterranean and the Middle East with both Pompeo and Mitchell, and “underlined the necessity to safeguard security and stability in the region.”

“I referred in depth to Turkey’s behaviour and the need to support the Republic of Cyprus and its rights internationally, because Cyprus should not be regarded as just a ‘problem’ of the UN but as a sovereign state with specific roles and potential in the region,” Kotzias said.

In a statement issued after the meeting with Pompeo, Spokesperson Heather Nauert says they “agreed to establish a US-Greek Strategic Dialogue on key areas of cooperation.”

By In Cyprus
Previous articleCentral Bank imposes a € 0.71 million fine on CBD bank for non-compliance with AML rules
Next articleFrom the bar right into the sand: 5 Beach Bars in Limassol