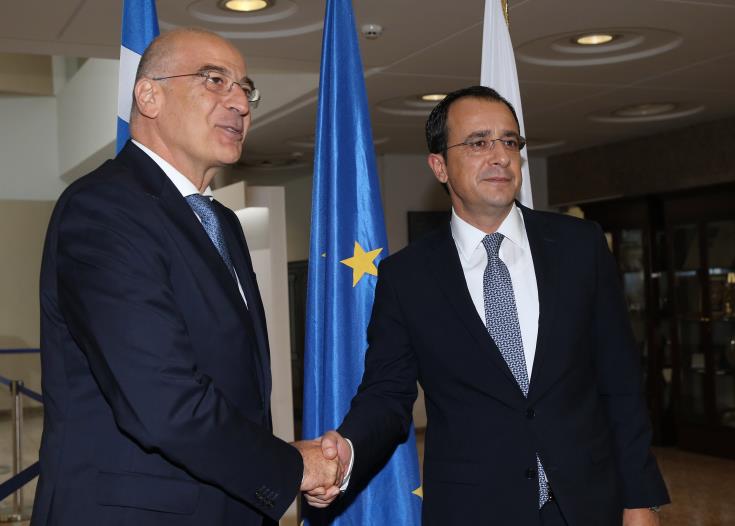 Greek Foreign Minister Nikos Dendias is in Libya for a flash visit and he is expected to also visit later in the day Egypt and Cyprus. In his last stop before returning to Greece, he will meet with his Cypriot counterpart Nikos Christodoulides.

Dendias arrived before noon in Benghazi, in the eastern coast of Libya, with the Greek government airplane. Arab speaking media, citing Greek media, say that Dendias is expected to meet with Khalifa Haftar, the commander of the Libyan National Army.

Greek broadcaster ERT reports that after Libya, the Greek Foreign Minister will pay a visit to Egypt and Cyprus. As CNA learns, on his way back to the Greek capital, Dendias will land briefly in Larnaca airport for a meeting with Christodoulides,  to inform him about his contacts earlier in the day.

Dendias’ contacts come a day after the Turkish Grand National Assembly ratified the military agreement signed between Ankara and Libya’s Government of National Accord (GNA) in November. While in Istanbul for a visit, on November 27, head of the GNA ‎Fayez al-Sarraj‎ also signed with Turkey a “memorandum of understanding” for the delimitation of maritime jurisdiction areas. The agreeemnt provoked the reaction of several countries, including that of Cyprus, Greece and Egypt, who said that the MoU violates international law and has no legal basis.

By In Cyprus
Previous articlePoliticians must have bigger say in naming Bank of Italy chief – 5-Star
Next articleLarnaca: Four arrested for begging