Greek FM briefs Cyprus’ FM over his talks with Pompeo 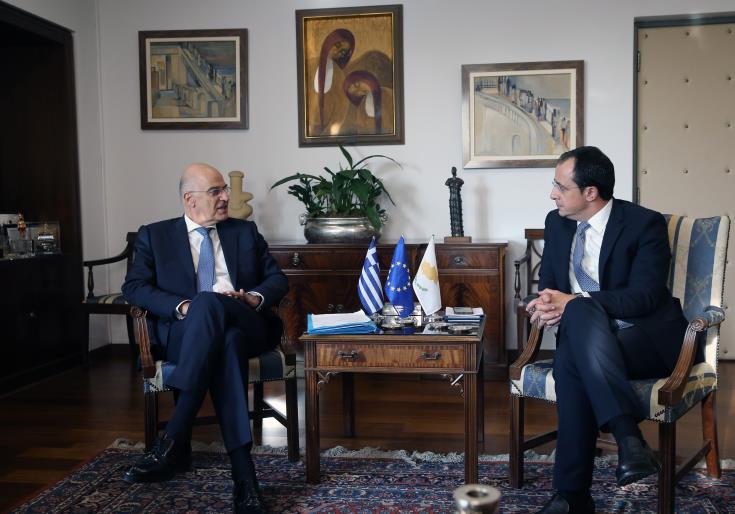 Greek Foreign Minister Nikos Dendias has briefed on the phone his Cypriot counterpart Nikos Christodoulides over his meeting in Vienna on Friday with US Secretary of State Mike Pompeo.

The telephone conversation between the two officials took place late on Friday, according to CNA.

In statements after the meeting in Vienna, Dendias had expressed hope that all parties involved in the Eastern Mediterranean dispute will act in accordance with international law and that there will be no conflict.

In a press release, the US State Department said “Secretary Pompeo and Foreign Minister Dendias discussed the strong US-Greece bilateral relationship and the urgent need to reduce tensions in the Eastern Mediterranean”.

In the meantime, Christodoulides is set to have a meeting on Sunday morning with US Under Secretary for Political Affairs David Hale who will be visiting Cyprus.

Insiders said bilateral relations between the two countries will be reviewed as well as ways to further strengthen them.

Christodoulides and Hale will also exchange views on the Cyprus issue, on current developments in the Eastern Mediterranean and the situation in the wider Middle East region.