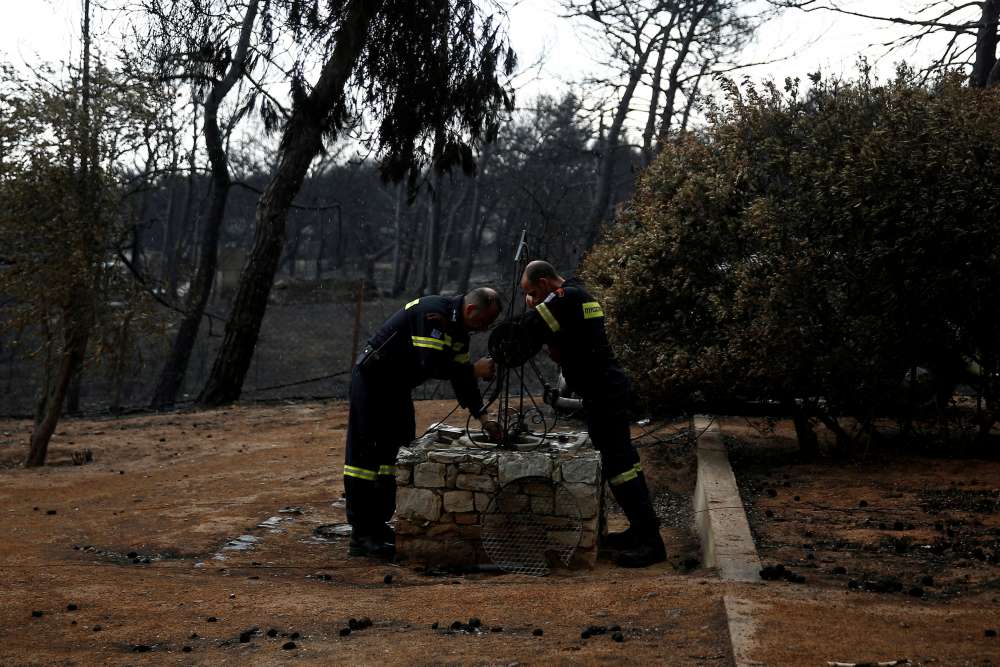 The relatives of a woman and a man killed in a wildfire near Athens last week have sued state authorities, the fire brigade and police over their deaths.

The authorities could be liable for criminal charges such as involuntary manslaughter, bodily harm, exposure that led to death and arson in what they call a “biblical catastrophe,” according to the text of the lawsuit seen by Reuters.

“I believe that those who are responsible for protecting people, for putting out the fire and taking any precaution measures to prevent it, will be convicted,” the relatives’ lawyer, Antonis Foussas, told Reuters.

A prosecutor is investigating the cause of the wildfire and the role of authorities in responding to the blaze that killed at least 91 people in the seaside town of Mati and nearby areas.

Both victims died trying to escape the flames, according to the lawsuit. Their bodies were found about 400 metres (yards)from their homes.

“We are in the sad and tragic position of mourning the unfair loss of our beloved ones,” the relatives said in the lawsuit.

Teacher Vassilis Katsargyris, 70, was trapped in the garage as his wife and family friends from the United States struggled to reach the nearest beach. His wife returned to try to rescue him and his 73-year-old neighbour Maria Pagomenou, but failed.

Two days before the disaster they were celebrating his daughter’s wedding, the lawsuit said.

Neither before nor during the blaze did authorities tell them how to act or how to escape to a secure place, the relatives said.

Greek ministers have said there are indications that the cause of the fire was arson.

By In Cyprus
Previous articleBuilding permits up overall, Paphos sees drop
Next articlePolice looking for two men in connection to Limassol burglary