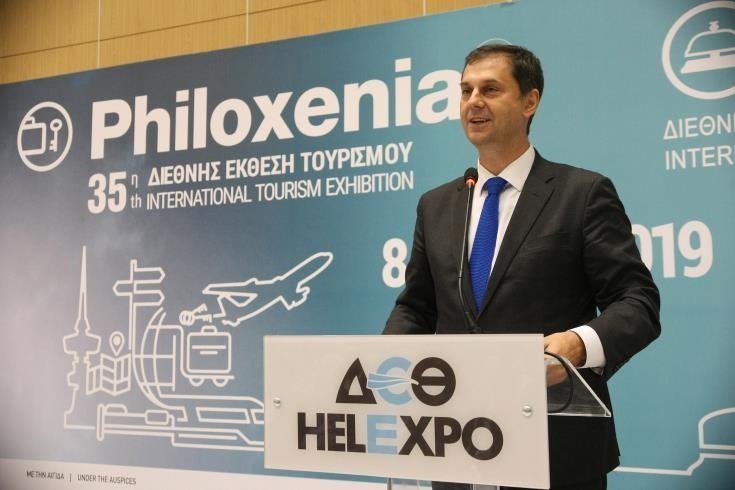 Greece’s Minister of Tourism Haris Theoharis has told the Cyprus News Agency that the conclusion of bilateral agreements with countries with similar epidemiological profiles –such as Cyprus and Israel– is an option considered by the Greek government.

“The citizens’ safety is the first concern that guides our actions. Τhe reception of tourists in our country will be realized in a balanced way, based on the epidemiological data, the hygiene protocols and the developments as regards the rapid testing,” Theoharis says.

“We are closely monitoring events, we are recording all the available data, and we intend to proceed, in consultation with other countries, to the reception of tourists in a way that ensures the health of our citizens and visitors,” he stressed.

In this context, the Greek Minister of Tourism explained that the prospect of concluding bilateral agreements with countries that managed successfully to contain the pandemic – such as Cyprus and Israel – is an option being examined by the Greek government.

“We are considering various scenarios, and we are making projections in order to proceed to the rebooting of tourism in the best way we can. The creation of the so-called “safety zone” between Greece, Cyprus and Israel, is a prospect that is on the table. However, there is still a significant number of variables to be clarified,” he explained.

“All issues are open, but we are positive towards this prospect and we consider that we will manage to find common ground, in alignment with the hygiene protocols and standards, and to reach a reciprocal agreement,” Theoharis said. As he explained, the issue of the bilateral agreements will be made more concrete in the coming period.

The Greek Minister of Tourism said that Greece was the first country that raised the issue of tourism in the agenda of European discussions. “The recent developments with the European Commission’s proposals are very important, as they create the framework for a coordinated exit from the crisis, while preserving the positive results that Greece succeeded as regards the containment of Covid-19,” Theoharis said.

As regards the opening of a ferry link between Greece and Cyprus, Theoharis said implementation will be examined in its details after the settlement of the issues linked with Covid-19.