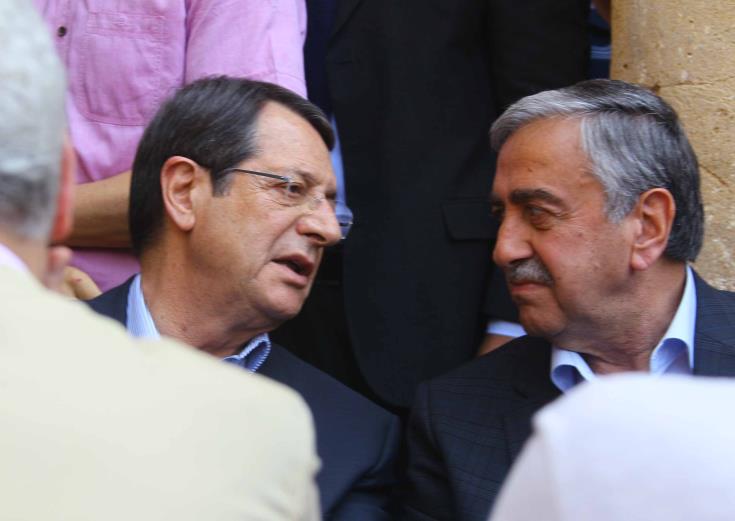 The Greek Cypriot side is expected to ask for the Guterres’ framework and previous convergences to be part of the terms of reference, which the UN Secretary General expects the two sides in Cyprus to agree on, before resuming substantive negotiations.

CNA learns from a well-informed source that convergences also include the map which the Turkish Cypriot side submitted during talks in Geneva, in January 2017, and later withdrew at the request of Turkish Cypriot leader Mustafa Akinci.

President Anastasiades reflection regarding the decentralization of powers in a federal Cyprus is part of the Guterres framework, the same source noted.

At the same time, the Turkish Cypriot side is expected to submit its own position regarding the terms of reference and it is up to the two sides in Cyprus to reach an agreement. The procedure is expected to become clear once Jane Holl Lute, the envoy of the UN Secretary General, returns to Cyprus, however no date has yet been set for her visit.

In the meantime, CNA learns that President Anastasiades met briefly with the UN Secretary General Antonio Guterres and the President of Serbia Aleksandar Vučić, while attending commemorations for the centenary of the First World War over the weekend in Paris. The three men discussed the Cyprus issue as well as Kosovo.

With regard to peacekeeping, the same source said that the United States maintain that some parameters need to be in place in order to allow for the continuation of missions. The issue also affects UNFICYP, the peacekeeping force in Cyprus. One such parameter is that a political process of dispute resolution needs to be in place.

The same source said that even if UNFICYP’s mandate is renewed this January, the same issue may arise again in July 2019 if no agreement is reached on the terms of reference or in the absence of a negotiation process in Cyprus.

In his report, last October, the UN Secretary General Antonio Guterres asked the parties to agree, the soonest possible, on the terms of reference for the resumption of substantive negotiations.

By In Cyprus
Previous articleEU proposes visa-free travel for Britons after Brexit
Next articleLower labour costs in hotels and restaurants, according to survey