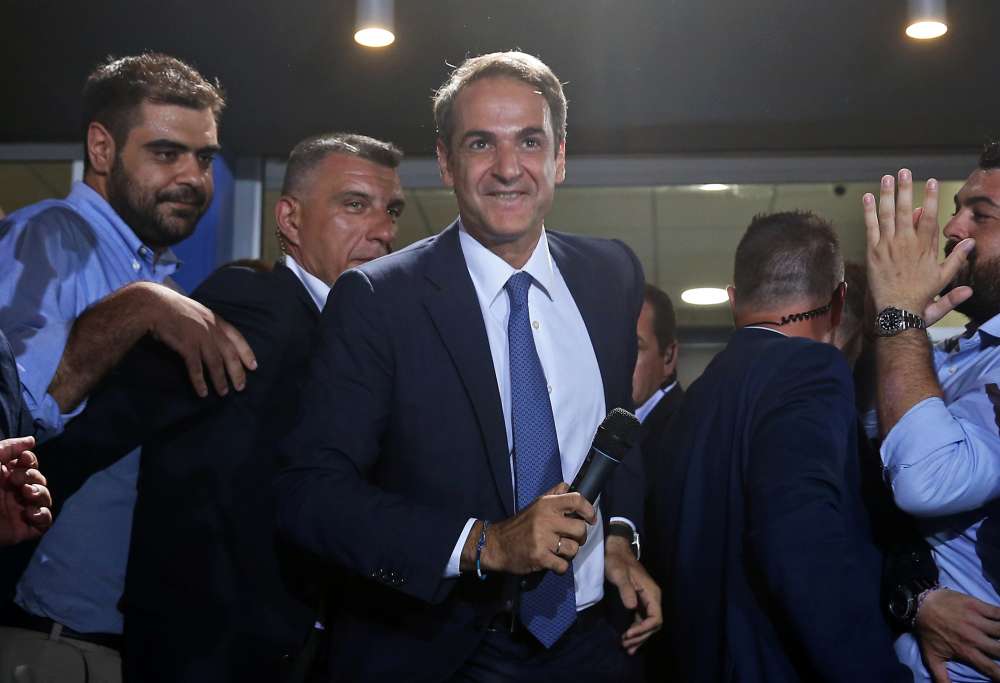 Elsewhere, euro zone bond markets reversed some of the sharp yield rises seen on Friday after better than expected U.S. jobs data prompted investors to speculate that the U.S. Fed would not cut rates by as much as expected.

Greece‘s opposition New Democracy returned to power with a landslide victory in snap elections on Sunday, and Prime Minister elect Kyriakos Mitsotakis said he had a clear mandate for change, pledging more investments and fewer taxes.

The yield has fallen over 200 basis points since the start of the year, and outperformed Italy, partly fuelled by the hope that New Democracy would take power. Five-year Greek bonds fell 12 bps were 1.046%.

“For Greece and the Eurozone as a whole, this would be a win-win deal,” he said.

Germany’s 10-year government bond yield pulled back from the sharp rises seen on Friday, and was last down 1.6 bps on the day. It has recorded its biggest one-day jump in almost three months on Friday, tracking U.S. Treasuries after data showed employment in the United States rebounded strongly in June.

After Friday’s strong U.S. non-farm payroll readings, traders have scaled back expectations the Federal Reserve will cut rates by a hefty 50 basis points at its next policy meeting on July 30-31. But they are still expecting a quarter-point cut.