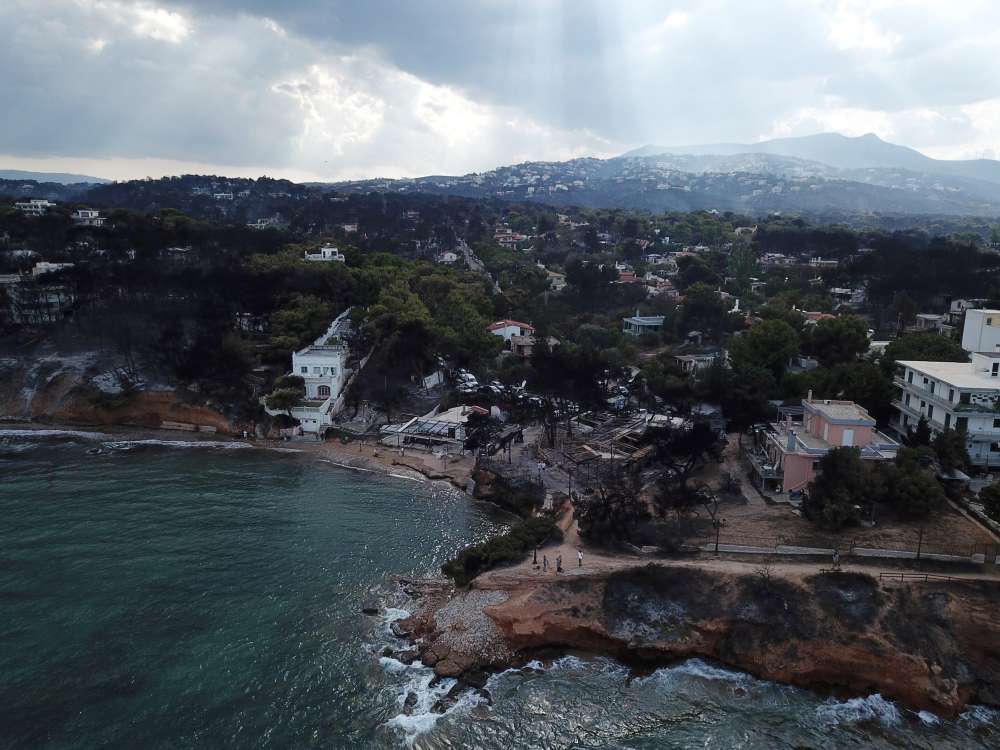 Greece has a civil protection plan. But the long document was virtually worthless on Monday as a killer fire burnt at least 83 people to death.

With an investigation on the causes of the blaze ongoing, witnesses, firemen and mayors agree on one thing: There was no evacuation order. But they cannot agree on who should have made the call.

“The church bells didn’t ring, the sirens didn’t go off, no one alerted us,” Phoebe Angelopoulos told Alpha TV.

It remains a riddle why authorities did not order anyone out of the small town east of Athens that turned into a death trap for dozens of people on Monday evening.

Most people involved said there was no time for coordinated action. One government official put the wind speed at 120 kph (75 mph). Experienced firemen said there was roughly a 20-minute window to evacuate.

Instead of an organised evacuation, many got into their cars, jamming narrow streets. Victims were running in all directions. Rows of gutted cars reflect the agony of the residents.

“Evacuation plans are with the municipal authorities, who are also responsible for drafting them. Each municipality has its own plan,” Eleni Tsoupra, the regional governor of civil protection, told Reuters.

But the speed of the wind and the abrupt change of its direction made an organised evacuation, as described in official documents, an almost impossible task, she added.

After meeting Prime Minister Alexis Tsipras, the mayor of the wider Marathon region, Elias Psinakis, said that evacuating Mati was not his responsibility.

“The fire brigade orders it,” Psinakis told reporters on Wednesday evening. “In such extreme situations, no one else is allowed to give orders.”

Evangelos Bournous, the mayor of the nearby Rafina area, which was hit by the wildfire before it spread to Mati, was not available for comment. He earlier told Alpha TV: “The firemen shouted ‘Leave!’, but this is not an official evacuation order.”

Firefighters contacted by Reuters said that the fire brigade oversees and advises local authorities, but evacuations are conducted by the authorities.

The 83-page civil protection plan states that if two municipalities are affected by the fire, then the regional authorities are tasked with ordering an evacuation.

By In Cyprus
Previous articlePolls point to anti-EU surge in European Parliament
Next articleRubens museum steers visitors away from nudes, in jab at Facebook censorship