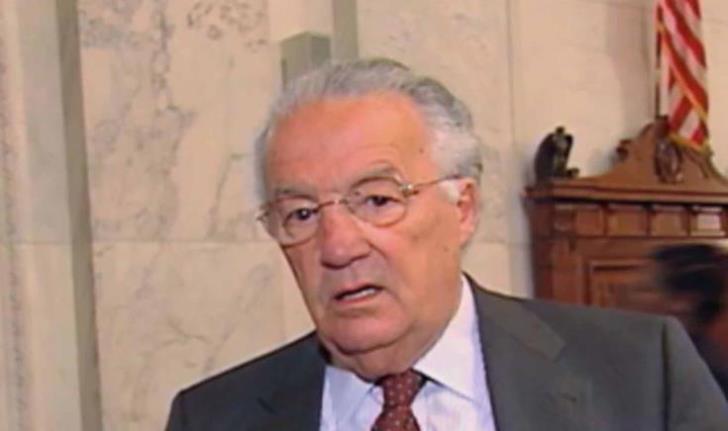 Paul S. Sarbanes, the son of Greek immigrants who rose the ranks of the Democratic Party to become one of the most powerful and respected US Senators, has died at the age of 87.

The soft-spoken Democrat, who helped clean up the Chesapeake Bay and corporate scandals and pressured Richard Nixon to resign as president “passed away peacefully on Sunday evening in Baltimore,” said a statement by his son – US Representative John Sarbanes.

A workhorse with a consistently liberal voting record, the late Sarbanes in 2000 became the state’s first US senator to win a fifth term.

He was a champion of Greek American causes and received numerous awards for his services by governments in Greece, Cyprus and the Ecumenical Patriarchate.

After the crash of Enron and other companies in corporate scandals in 2001 and 2002, Sarbanes, as chairman of the Senate Banking Committee, advocated sweeping regulatory changes.

He helped get through Congress the Sarbanes–Oxley Act of 2002 that imposed stricter oversight of auditors and tougher penalties for executives who violate the law.

Born in Salisbury on February 3, 1933, Sarbanes was the prototype of the self-made Greek American.

He grew up around the restaurant owned by his parents, Spyros and Matina, landed a scholarship to Princeton University and went on to become a Rhodes scholar.

He graduated from Harvard Law School in 1960, the same year he married his British-born wife, Christine. They had three children.