Greek Ambassador gives copy of flag of Cypriot fighters of 1821 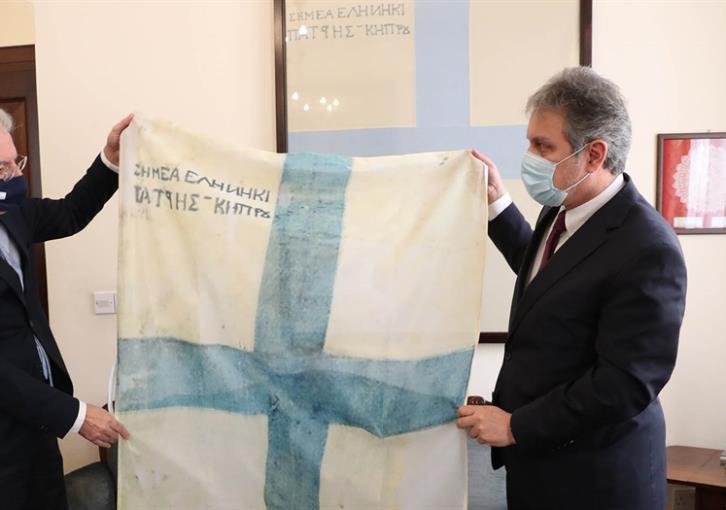 During a meeting today, Greek Ambassador to Cyprus Theocharis Lalakos handed over to Education Minister Prodromos Prodromou a copy of the flag of Cypriot fighters of the revolution of 1821.

In statements after the meeting, Prodromou said that the identification of the fate of the Hellenism of Cyprus with the rest of Hellenism was verified when the big national revolution began in 1821.

Cyprus not only participated but Archbishop Kyprianos and hundreds of other priests were murdered in advance by the Turks in Cyprus. Moreover, dozens of Cypriots fought in Greece.

The Greek Ambassador referred to the ongoing cooperation between the Embassy of Greece with the Cypriot Government and congratulated the Education Minister for his initiative to use this flag as a source of inspiration for the students all over Cyprus.