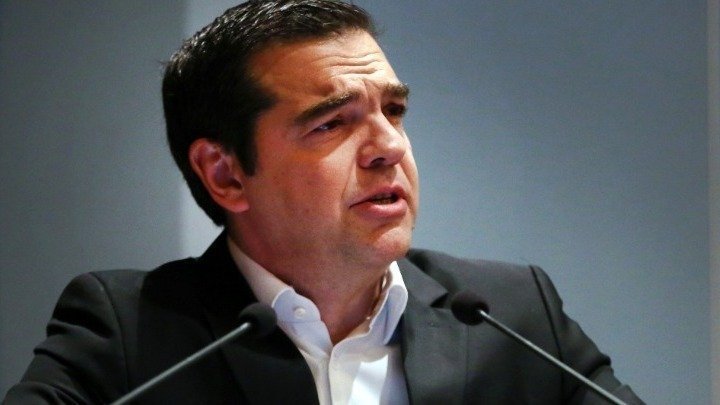 Main opposition SYRIZA leader Alexis Tsipras asked for the convention of an extraordinary EU Summit in order to discuss sanctions on Turkey during his phone call with Prime Minister Kyriakos Mitsotakis in the context of the political leaders’ briefing on the developments in the Greek-Turkish relations on Tuesday.

“Today I spoke on the phone with PM Mitsotakis in order to brief me on the developments in the Greek-Turkish relations. I was totally clear that the political leadership’s self-evident duty is not to send contradictory messages to the military authorities as well as to our partners and to the international public opinion”, Tsipras said.

Tsipras further expressed his total faith in the abilities of the Greek Armed Forces stating that “as long as the crisis exists, we will not intervene to their mission”.

Concluding, he said that he pointed out the need for a national strategy to address the Turkish aggressiveness aiming at Turkey’s return to dialogue to resolve the one and only difference which is the continental shelf according to International Law.