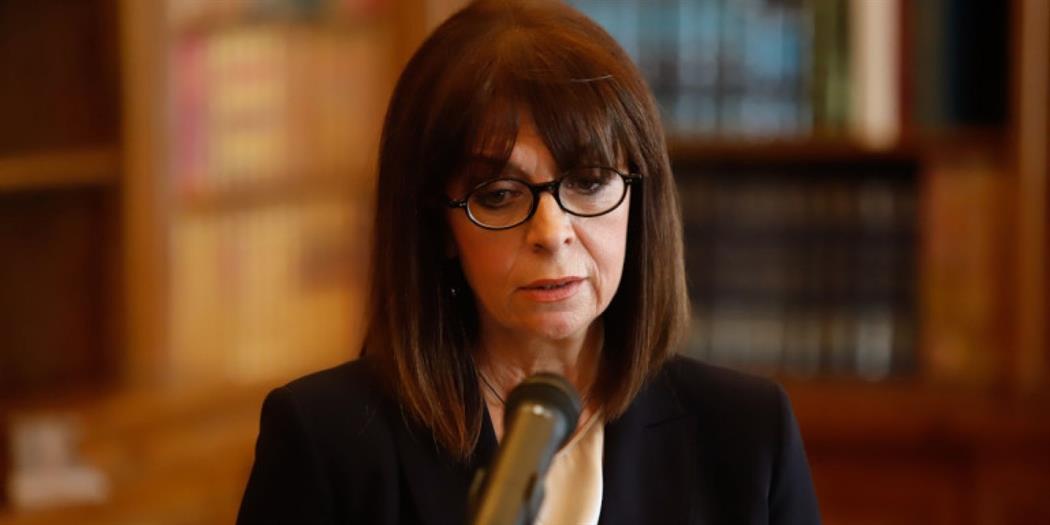 President of the Hellenic Republic Katerina Sakellaropoulou says that her forthcoming official visit to Cyprus on Monday, September 21, underlines the strong bonds that unite Greece and Cyprus, as well as the urgent need for the two states to coordinate their actions in order to protect their sovereign rights as EU member states.

Greece’s President underlined that the Greek and Cypriot leadership are in continuous cooperation in order to achieve the resumption of the negotiation process for the solution of the Cyprus Problem, within the framework of the United Nations.

Sakellaropoulou says that the solution of the Cyprus Problem must be based on UN Resolutions and the implementation of the European acquis on the entire territory of the Republic of Cyprus.

Regarding Turkish provocative actions in the region, President Sakellaropoulou stressed that these actions “are not only directed against the sovereignty and the sovereign rights of EU member-states, but also threaten peace and stability in the region”.

Greece and Cyprus “remain fully committed to the respect of the international law and their relations with their strategic allies”, Sakellaropoulou added, whilst expressing the hope that Turkey’s recent move for de-escalation was not based on short-term expediency.

“We are engaged in diplomacy and we fully respect good-neighbouring relations. However, we are ready, at any time, to confront and answer to any provocation by the other side”, Sakellaropoulou underlined.

“We are hoping that calm will prevail in the region – a development which is a necessary precondition for dialogue, always with respect of the international law”, she added.

Regarding the COVID-19 pandemic, Sakellaropoulou noted that the Greek state as well as its citizens, confronted the situation with responsibility and awareness.

However, “the struggle to contain the sanitary crisis is a marathon”, during which the state must inhibit the spread of the virus, while supporting the most vulnerable citizens of the society, she concluded.

By In Cyprus
Previous articleMan, 20, injured by shotgun
Next articleNew UK lockdown likely sooner rather than later