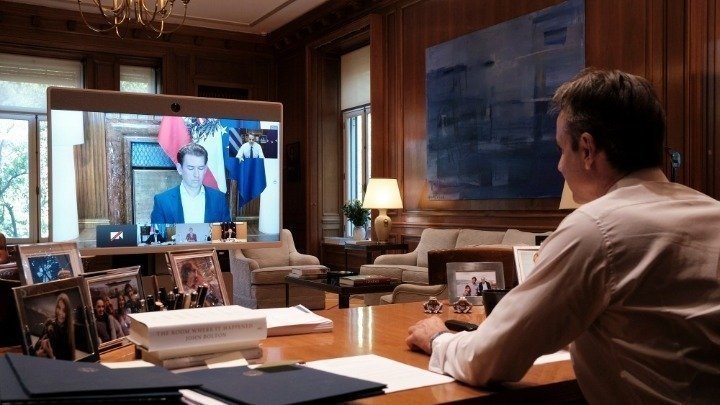 Prime Minister Kyriakos Mitsotakis participated in a video conference call with the leaders of the countries that successfully handled the first wave of the corona virus pandemic on Wednesday.

The heads of state and government exchanged views regarding the situation prevailing in their countries, the increase in cases seen in many parts of the world and the measures taken to deal with Covid-19.

The prime minister briefed the other leaders on Greece’s epidemiological course and the relatively low levels of the virus’ spread, as well as the cautious reopening of the economy, including tourism.

According to government sources, Mitsotakis outlined the measures that Greece has taken to protect public health for both locals and visitors, such as the use of the Passenger Locator Form (PLF) for arriving travellers and the use of a special algorithm for targeted testing of arrivals.

All the leaders agreed that the resumption and gradual normalisation of economic activity must be done very carefully and exchanged views on possible developments concerning the pandemic in the autumn.