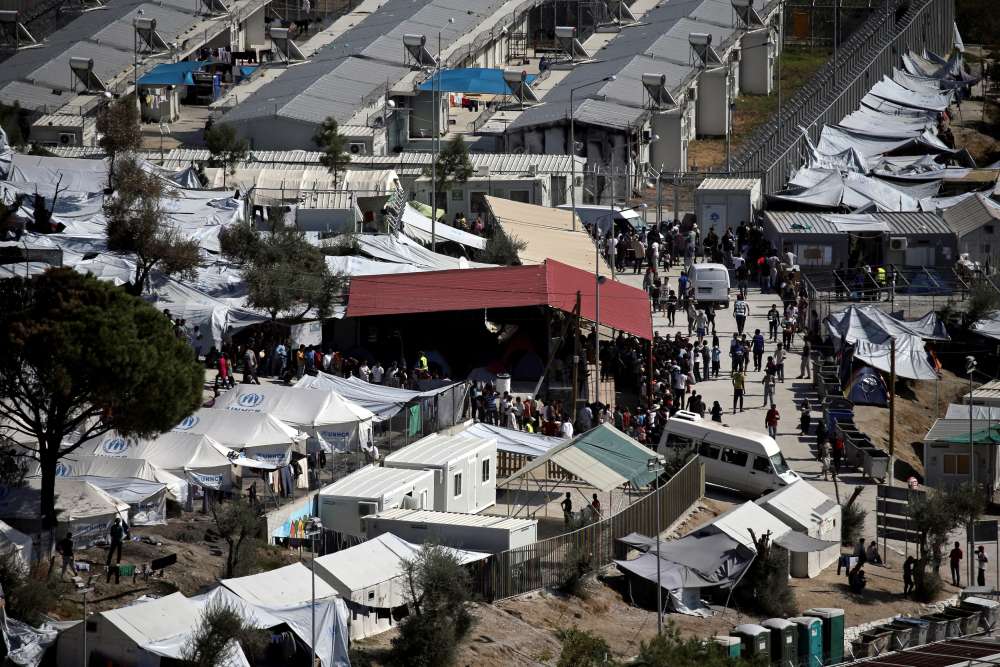 The Moria camp, on the Greek island of Lesbos, has long been described by the United Nations and other human rights organisations as overcrowded and unfit for humans.

More than 8,300 refugees and migrants are currently in the former military camp in a collection of shipping containers and flimsy tents, more than double its 3,100-person capacity, according to the latest government figures.

In a notice published on Monday, Christiana Kalogirou, governor of the north Aegean to which Lesbos belongs, said the island’s public health inspectors had declared Moria “unsuitable and dangerous for public health and the environment”.

It said inspectors found “uncontrollable amounts of waste”, broken sewage pipes and overflowing garbage bins. In addition, living quarters were inadequately cleaned, there was a high risk of disease transmission due to overcrowding and stagnant water and flies were found in the toilets.

“We are issuing a 30-day deadline … to remedy all of the problems,” the notice addressed to the migration minister and camp director says. “Once it expires we will ban its operation over even just one of the aforementioned problems.”

Last month the United Nations refugee agency UNHCR urged Greece to speed up transfers of eligible asylum-seekers from Aegean islands to the mainland. It said conditions at Moria were “reaching boiling point”.

Greece has moved asylum seekers to the mainland in recent months and a migrant ministry official it would speed up efforts to reduce numbers at the camps.

“We expect to see results soon,” said the official, declining to be named.

Lesbos, not far from Turkey, was the preferred entry point into the European Union in 2015 for nearly a million Syrians, Afghans and Iraqis. Small numbers of boats continue to arrive.

By In Cyprus
Previous articleMpakaliko tou Hapsi
Next articleCyprus economy grows by 3.9% in 2nd quarter 2018