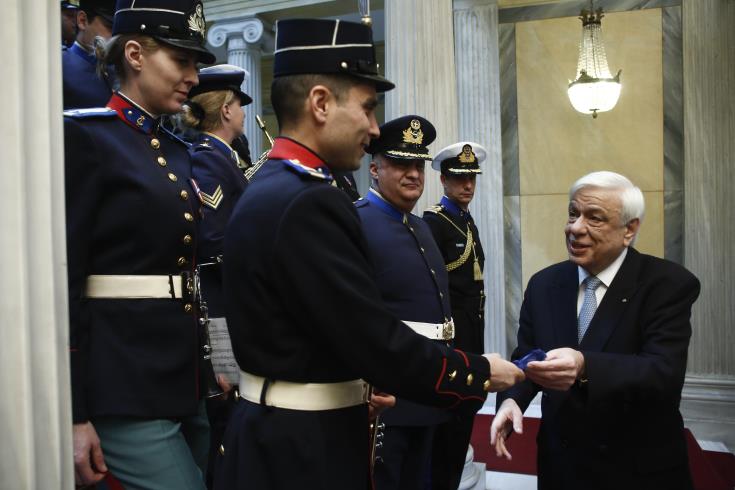 Greek President of the Hellenic Republic Prokopis Pavlopoulos said that Greece supports the prompt solution of the Cyprus Problem, with full respect of the international and the European law.

In his Christmas message, President Pavlopoulos underlined that a Cyprus solution is conceivable only in terms of a federal state –and not a confederation– with full respect of its sovereignty, and without occupation troops and anachronistic third-party guarantees.

Moreover, Pavlopoulos said that Greece supports the European perspective of Turkey on the condition that the latter respects the International and European Law, especially as regards the national borders and territory, as well as the Exclusive Economic Zone (EEZ).

“Unfortunately, Turkey itself undermines its European prospects, by blatantly violating the International and European Law”, Pavlopoulos stressed, giving as a recent example the memorandum of understanding signed between Turkey and the Tripoli-based government in Libya.

By In Cyprus
Previous articleUPDATE – Paphos: Man wanted for assault and robbery arrested
Next articleEfforts for a Cyprus settlement to continue with determination, President Anastasiades assures in New Year address