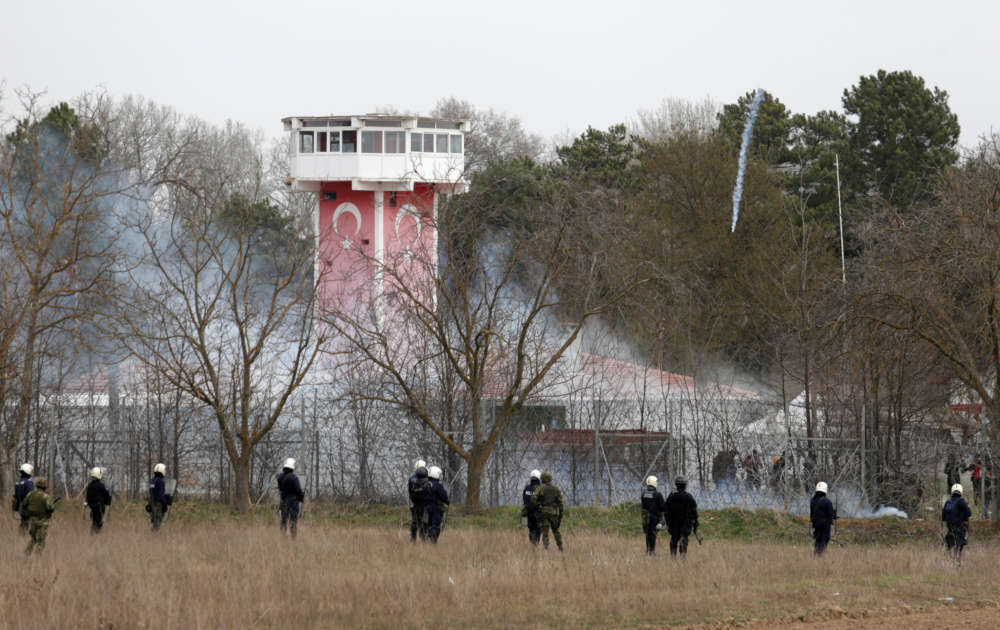 Greece released a video clip on Wednesday it said showed Turkish riot police firing tear gas canisters at the Kastanies border crossing, where thousands of migrants are trying to cross into the European Union.

Athens, backed by the EU, accuses Ankara of deliberately goading the migrants to cross into Greece. Turkey said last week it would no longer abide by a 2016 deal with the EU to keep the migrants on its territory in return for aid from the bloc.

The video clip showed a row of Turkish riot police behind shields with four taking turns to fire tear gas towards Greek territory. The authenticity of the video could not be independently verified.

A Greek security official told Reuters the Turkish riot police were firing the canisters in an effort to push back the Greek forces on the other side to allow the migrants a better chance of breaching the border. “The second reason is to provoke (us),” the official said.

Greece has repeatedly denied suggestions that it is shooting at migrants. It has also rejected Turkish claims that its forces have killed as many as four migrants in the past few days, branding them “fake news”.

Relations between the two countries are often tense.

Greek riot police used tear gas and water cannon on Wednesday in an effort to disperse the migrants.