Greece says it has grounds for war reparation claim against Germany 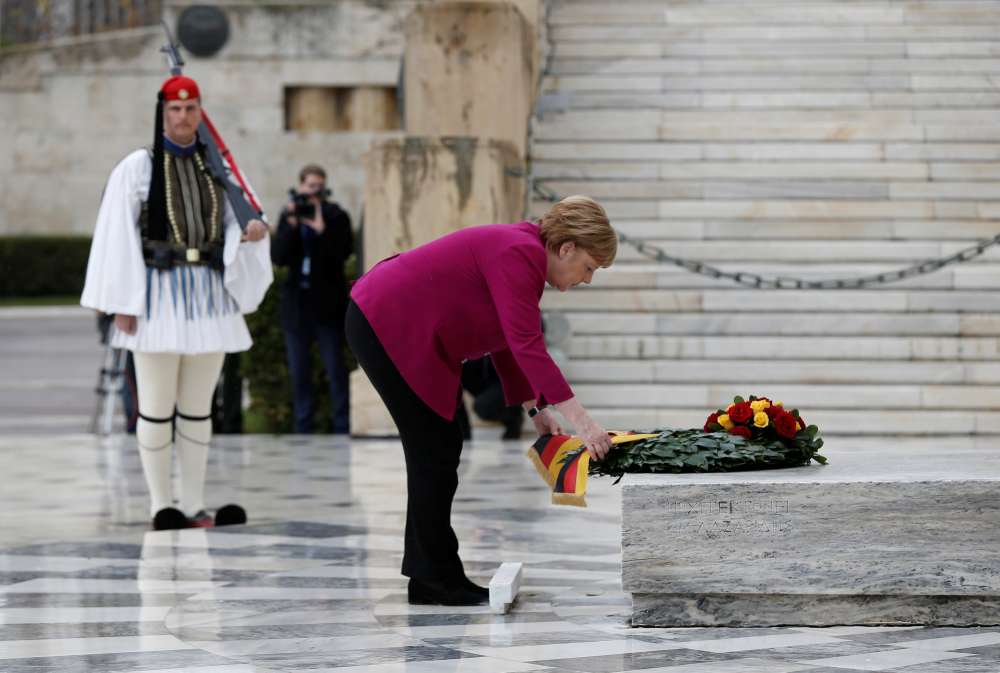 Greece told German Chancellor Angela Merkel on Friday it had grounds to pursue a legal claim for billions of euros in reparations for the Nazi occupation of the country in World War Two.

Germany has dismissed Athens’ demands in the past, but the Greek president raised the issue anew with Merkel, who is on a two-day visit.

“As Greeks, we consider these demands legally active and (can be) judicially pursued and should be solved in the competent European forum, judicial forum,” Greek President Prokopis Pavlopoulos told Merkel during a short meeting.

Germany has apologised for Nazi-era crimes during the war but has said it is not willing to discuss reparations. It has denied owing anything to Greece for World War Two since it paid Athens 115 million deutschmarks in 1960.

“We are aware of our historical responsibility, we know how much suffering Germany caused Greece during the era of National Socialism so the lesson for us is to do everything we can to ensure good relations with Greece and to support each other for the benefit of both countries,” Merkel said.

Hitler’s forces occupied Greece in 1941-1944 and extracted a so-called “occupation loan” used to help finance its campaign in North Africa. Runaway inflation followed, and tens of thousands of people starved to death.

Greece was forced to hand over 476 million reichmarks, which Greek officials have estimated at 6-10 billion euros .