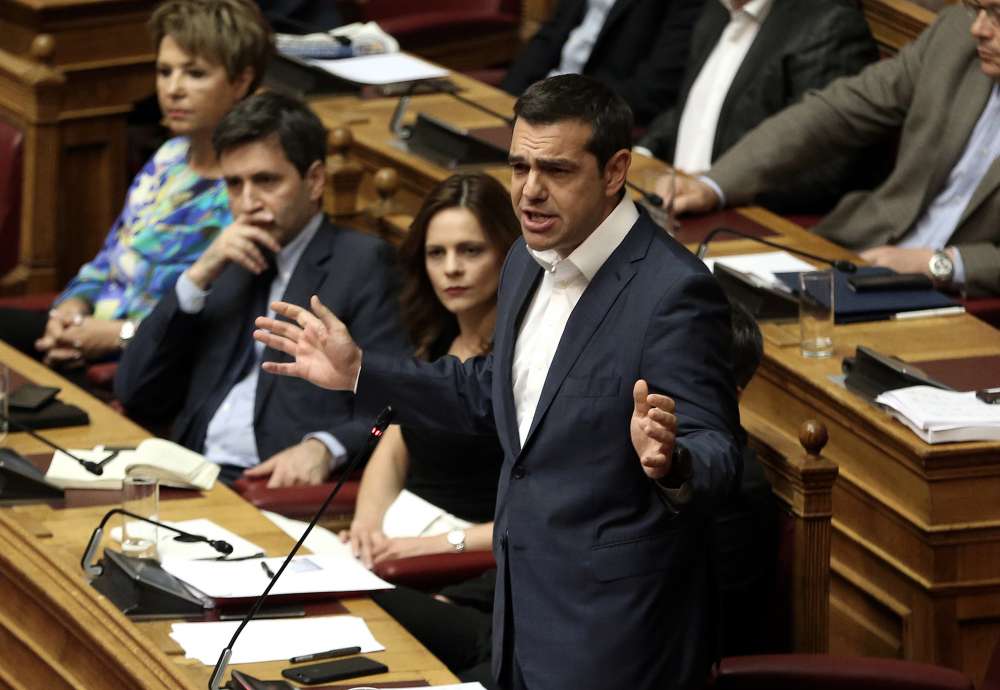 Greek Prime Minister Alexis Tsipras is ready to sign a deal with German Chancellor Angela Merkel to make it easier for Germany to send asylum seekers back to other European countries, the Financial Times reported on Wednesday.

Tsipras told the FT he was open to a special agreement with Berlin to curtail the “secondary movement” of refugees that arrive at the European Union’s southern border but then journey north to Germany and added that the EU’s existing rule book for allocating responsibility for asylum-seekers was “out of life.” https://on.ft.com/2IywpI5

Merkel said on Sunday she would seek direct deals with separate European Union states on migration, conceding the bloc had failed to find a joint solution to the issue threatening her government.

“We have to find a way, in the framework of the international law, to share the burden and to not have this unfair position for the frontline countries but also for Germany. Because it’s not fair all these people to go to Germany, if we believe that this is a European problem,” the FT quoted Tsipras as saying.

Tsipras said any agreement with Germany would not have significant knock-on effects on Greece as only between 50 to 100 asylum seekers a month are crossing the country’s northern border, according to the report.

Merkel is under pressure to get EU leaders at the main June 28-29 summit to agree to share out migrants more evenly to placate her conservative allies, Bavaria’s Christian Social Union (CSU).

CSU allies have given her until the end of the EU summit to reduce the burden of immigration on Germany, which has taken in 1.6 million migrants since 2014. Otherwise, they will defy her and impose border controls, which could collapse the chancellor’s fledgling coalition