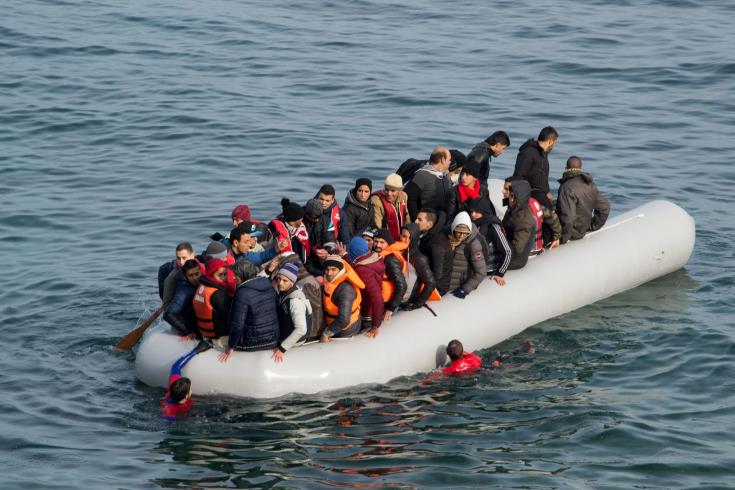 Greece has inaugurated two more migrant holding centres on islands near Turkey as part of a tougher policy for managing migrant flows that has been criticized by rights groups.

The conservative government first announced in 2019 it would shut the five camps set up on Greek islands during the height of Europe’s migration crisis, when hundreds of thousands of people, mainly Syrian refugees, arrived from Turkey on rubber boats.

It is replacing them with so-called “Closed Controlled Structures” funded by the European Union, featuring barbed wire fences, surveillance systems and ID and fingerprint scanning at the gates.

Speaking on Saturday as the centres on Kos and Leros opened, Migration Minister Notis Mitarachi said the move was “a key pillar of our strict but fair immigration policy.”

“We have finally put behind a crisis that started in 2015. A crisis that neither Greece nor Europe wants to relive,” he said.

The first such facility opened on Samos in September and the remaining two, on Lesbos and Chios, are expected to be ready next year.

Authorities say the camps will improve living conditions for asylum-seekers and alleviate the burden of the migration crisis on local communities, but rights groups have urged Greece to reconsider.

Council of Europe Human Rights Commissioner Dunja Mijatovic wrote to Greek ministers in May, saying she feared the closed nature of the camps would lead to long-term deprivation of liberty.

The five island camps set up in 2016 aimed to swiftly identify asylum-seekers and manage the huge flow of arrivals from Syria, Iraq and Afghanistan, but had little success in handling the numbers and quickly became dangerously overcrowded.

The camps on Lesbos, Chios and Samos spilled over into rat-infested olive groves with flimsy tents and poor, often dangerous living conditions.

Mitarachi said there were now fewer than 600 asylum-seekers on both Kos and Leros, down from about 6,500 a year ago.