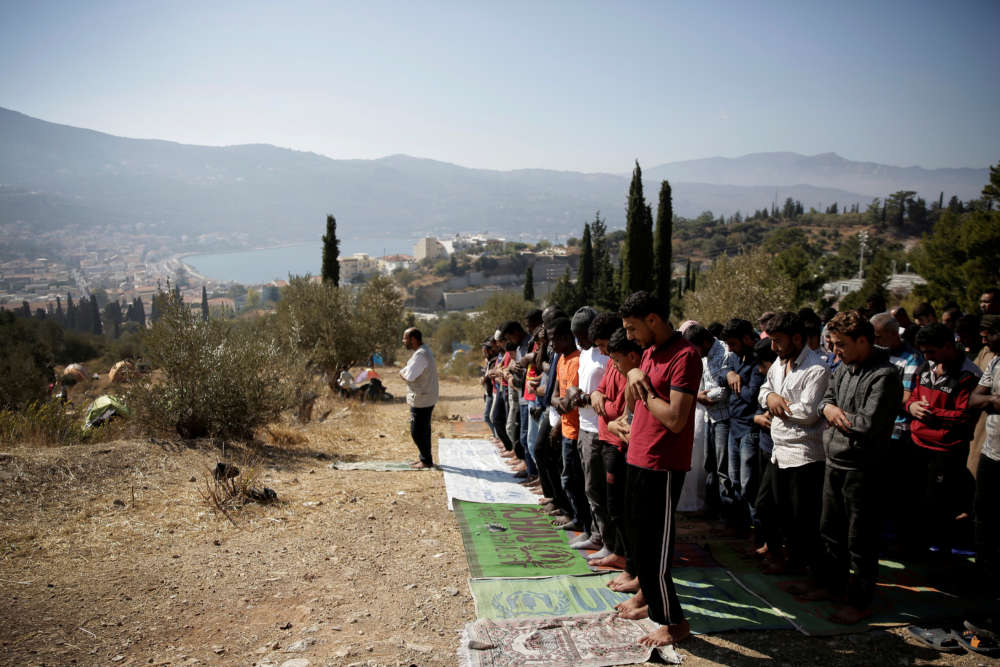 Authorities in Greece moved more asylum-seekers to the mainland on Tuesday as part of a strategy to reduce the refugee population on outlying islands after an increase in arrivals in recent months.

Some 697 migrants and refugees arrived in the port of Elefsina near Athens from the island of Samos, officials said. Earlier, 120 people arrived from Lesbos.

Greece is struggling with the biggest resurgence in refugee and migrant flows across the Aegean Sea from Turkey since 2015, when more than a million crossed into Europe, many of them via Greece.

The islands, which are closest to Turkey, have been struggling under the influx, with some 33,700 refugees and migrants in overcrowded camps, according to the U.N. refugee agency UNHCR.

In late September, a woman died in a fire in a tent in a camp on Lesbos, while another fire in a severely overcrowded camp in Samos forced hundreds of people into the streets this month.

“Our focus was mainly on Samos because we want things there to calm down,” migration ministry secretary Manos Logothetis told Reuters.

More than 12,000 people arrived in Greece in September, the highest level in the three-and-a-half years since the EU agreed a deal with Turkey to seal the Aegean corridor to Europe.

Logothetis said up to 300 more people would be leaving Samos this week, and up to 2,000 from all outlying islands next week. Greece aims to move up to 20,000 off the islands by the end of the year, he said.

Athens has announced a stricter migration policy to deal with the crisis, including plans to deport 10,000 people who do not qualify for asylum by the end of next year.

By In Cyprus
Previous articleAustralia’s Chris the sheep, the world’s woolliest, dies
Next articleOasis Fish Restaurant